Now I love to watch a Film where Tom Cruise runs in his familiar straight robotic fashion! However, I am a running geek and If you make a film about Athletics, I will watch it!

I am now waiting for the film about Masters Athletics 🙂 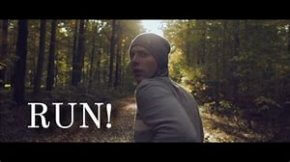 There is something about running that ties you to the earth in a way that no other sport can replicate, its purely about you and your own dedication and abilities. Its not about breaking world records but merely about personal bests! What can you do to make you better than you was yesterday! And make you even better tomorrow!

The movie industry has always been a great source of driving inspiration to people from all around the world, and none more so than sporting films! Below is a list compiled made up of 10 of the very best films about Track and Field, Athletics. These films highlight the very emotional journey and tenacity that running can provided in life.

A few of these films are a real battle of emotions taking you through some very dark time and some purely to inspire you in life, to never give up and achieve you goals no matter how big or how small they may appear to be. Simply get out and run and don’t give up.

1 Chariots of Fire
British Oscar-winning film from 1981 that told the story of sprinters Eric Liddell and Harold Abrahams in the run-up to the 1924 Olympics. We all know the soundtrack to this film and we have all possibly pretended to run in slow motion directly because of this film, I know I have!

This possibly the greatest known film about runner’s world wide, and rightly so! The film documents a very troubled time in history and shows through great adversity great achievements can be made. This just isn’t a film about running but its film about how the landscape of athletics training changed and also about the institutionalized prejudices that existed a hundred years ago and some case still do today.

A film produced and directed by Angelina Jolie that no one expected she would make, the film touches upon some deep underlying racial images, but it is a film of great emotional impact! A film telling the story of a Prisoner of War and his mental strength obtained and continued through his athletic prowess as a distance runner. As a runner that had the world at his feet pre-war and one where he really could have been one of the greatest runners of not just ‘the time’ but of all time’, and ended by the war.

The story delves deep into the relationship of being a prisoner during this time and unfortunate ‘bond’ with captors either in a good or bad way. A truly great and uplifting story on the mental strength that sometime athletics can give.

3 The Games
This Michael Winner film sees Michael Crawford, Ryan O’Neal and Charles Aznavor play athletes training for the Olympic marathon. Cheesy but great fun with Crawford’s character Harry Hayes on a suicide mission to run the two-hour marathon under instruction from maniacal coach Sir Stanley Baker. The story follows 4 marathon runners in the build up the championships, the film follows their individual training paths to culminate all together for the race itself, covering the very things that still occur to this day and the on-going challenges, from political to drugs and all in-between.

The films has a very modern sub-plot of the sub 2 hour marathon something that still even today has not been achieved.

After loosing his Job as a football coach Jim McFarland moves his family right across country to the only job he can get, a high school track coach in the middle of nowhere with athletes of no calibre or even desire to run.

A film again about crossing racial barriers as well on this occasion those of class. Showing that with hard work and dedication you truly can achieve your goals. How a bond was built across the stereotypical barriers, not just for Jim but also his family who hated the idea of moving across the country and leaving the high life behind. But when the hard work starts to pay off can they achieve something truly unheard of for a town so small?

A small British independent film based on the efforts of several young girls from different warps of life making the Olympics. The typical storyline of the underdog from the wrong part of town without the connections afforded by wealth and even training illegally on a closed down running track, but with the tenacity and desire to achieve. A good film if not a little far fetched. But one that does instill that with help and humility bringing together athletes with the same desire to win can result in glory if you work together. The film will never be classed as all time classic, but will certainly have you reaching out your hand trying to make sure the baton gets round! 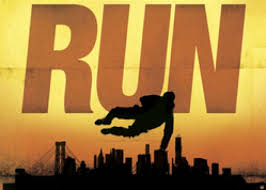 6 Gallipoli
A young Mel Gibson stars as one of two runners who travel from the professional sprint scene in Australia to the battle front of Turkey in the First World War. Serious athletics action mixed with a gripping war story.

The story is centred on two young sprinters that are rivals on the sprint scene in Australia who both end up with very little money and with not many other options left, they decide to enlist in the military to make a living, and although they have gone to war they still find time to run whilst deployed. It soon becomes evident that their running speed is useful during battles. Though the war does take precedent and it is this that actually stands out, and will at times have tear in your eye! If only they could run faster, would they even need to have enlisted in the first place? Some great cinematography coving the war and also the athletics training they undertake pre and during the war.

A film with Brad Pitt where he started to hone is brooding demeanour. When two brothers have completely separate lives, one good and the other not so much! What happens when the unsuccessful brother now has the opportunities to step up and be counted? When the golden child finally has the chance to achieve his educational goals through scholarship but the cards are firmly in the hand of the other. Will family loyalty come through or will the new opportunities afforded be too much to turn down! This film is bar from a blockbuster we are used to seeing with Pitt but his is a film that explores some characters and firmly cements itself as a classic for those who are fans of sports and running films

8 Run, Fat Boy, Run!
Silly comedy in the Hot Fuzz and Shaun of the Dead mould about an out of shape loser, Simon Pegg, who runs a marathon to win his girlfriend and back whom he had previously jilted at the alter. This film will not give you any tips about running or necessarily make you now urge to get yourself fit. But what it does do is promote (in its own strange way) a healthy lifestyle. And of course when there is something to achieve that you really want, to go and get it. A very rare funny film about running, and one where the athlete isn’t any good and actually doesn’t get that much better but warms you to his goal and does get you wanting him to achieve it.

9 The Jericho Mile
Fictional story of a man who trains to run a sub-four-minute mile from inside the walls of a prison. In the rocky style of the underdog rising up, this is a film where the ability to succeed is purely down to the desire of the individual with no modern training facilities (something that seems ever so alien in todays world) an individual who on this occasion is a villain but wants to drown out that life and achieve something whilst in his turmoil. Can he run the illusive sub four minute mile? Or will the restrains he has cast upon self hamper is target and goal! And will the confines of prison and the internal politics cause issues and jealousy that must be challenged. A film that does highlight that anyone can change and shouldn’t be limited by circumstances.

10 Loneliness of the Long Distance Runner
A rebellious youth, sentenced to a boy’s reformatory for theft, rises through the ranks of the institution through his prowess as a runner. The story itself originally written to be published only as a short book was later adapted for screen on a few years later.

A remarkable film that can still get the heart thumping, when the young runner struggled through life and getting respect. He struggled with his discipline academically but somehow manages to throw his aggression and passion in to his running, being able to transform his mind with silence of the road. But what happens when that very man whom had been given very little respect is now in a position of power and admiration can he still be the man of his own making and remember his upbringing and the fights of which he has suffered?