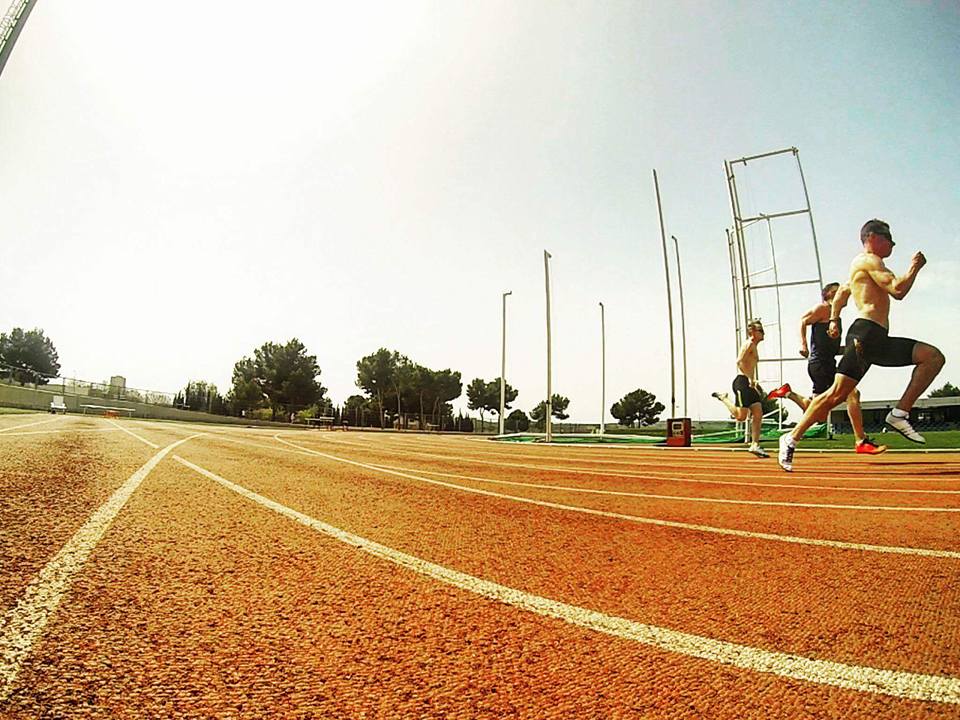 If like me you was reasonably happy with 2016 but want to get even faster in 2017, apart from the obvious, train harder and smarter! I have set myself a few easy rules to help along the way.
Remember though nothing comes for free when it comes to speed! You have to do the work!
1. Set a goal
First thing to do in 2017 is set a goal for 2017. Train for something out there in the year!.
It doesn’t have to be a race, but it does need to be something that will get you out of bed in the morning and give you a reason to get faster. Maybe that’s running farther than you ever have or trying something you have never tried.
For me this year, it will be the world indoor champs in March over in Daegu, and also the outdoor European champs in August.
2. Make a plan
You’re not going to just wake up one day and be faster, oh how we all wish that was true though! So without having a plan to reach that goal, you make it harder to succeed.
You can both look at your goal and plot backward with smaller goals or you could follow and tweak a generic training plan, or you could simply join a training group with people who have similar goals.
As I write this I am 8 weeks out from Daegu, the weekend just passed I had my first indoor race to get me started, over those coming 8 weeks I have strategic planned races and specific blocks of training to get me into the best shape I can possibly be in within this short time, a challenge yes! But that’s the point and the way to motivate me.
3. Drill, Drill, Drill
Work on your form, improve your technique, all too often I see runners on the road and the track who if only improved their technique would be more efficient. This also includes things like adding some simple plyometric in the style of Jump rope skipping to just improve your ankle/calf strength.
As I have gotten older I have noticed I don’t respond off the floor as well as I used to, so I am working on running technique (which has never been my best asset) and added skipping into my regime 3 times a week to aid my foot response.
4. Go short and fast
Include variability—different training stresses at different times. But, while people remember to do tempo, weights and ‘fitness” they often forget to actually run fast sprints. Especially if you are a distance runner, all too often do we stray from the real goal, to be fast!
The bouts of speed will improve economy and help engage fast-twitch fibers, which can then be called on later. And for sprinters, this is the goal at all times!
As a 400m runner, I need to be fit, and looking at the schedule I may have for the indoor champs, this is crucial. But I also need to ensure that to make it through each round I will have to be fast enough! I believe this is the missing element in peoples training, all too often training as if you have 3 rounds…. You have to get through the first one FIRST! So that means be fast enough!
5. More Running
While there are lots of ways to improve, simply running more is often the most overlooked one. The caveat, of course, is that no one should increase their mileage (or meters at speed) too quickly. We often too easily add other elements of training under the guise of ‘cross training’ and although is nice and aids with some level of fitness, it will not be competitive fitness.
I have now replaced my Monday full on weights session with some down hill over-speed sprints in the park running down hill finishing with some upper body circuits around the park exercise equipment
6. Change your kit
One thing you can easily do right now is purchase a new piece of kit, I find that when you buy something new you want to use it, a new GPS heartrate monitor watch for instance (I tend to buy new tech) or new track spikes, this in itself should aid the motivation to get up and go.
7. Take time off
If we really want to get faster at running, we also have to stop running sometimes!
I know what you’re thinking, hell no! I need to train harder not have time off. But it is in fact the time off when our bodies adapt to the stress of the training that it becomes stronger and faster, more resilient for the next session to be pushed harder. But I don’t just mean a few hours I mean a full day or two days off, make it part of the training schedule, maybe even a weekend away once in awhile.
Many athletes get too scared they’ll get out of shape, but nearly all injuries, are the result of not recovering enough.
8. Sleep more
After you’re done running, the ways to improve don’t stop. “Outside of running, better recovery and sleeping more are the number-one things” ”Sleep is probably better than doubling your mileage in terms of return on investment.”
There’s a reason most professional athletes get close to 10 hours of sleep every night. That’s time your body needs to rebuild muscle fibers and repair cells, especially if you’re putting it through a lot. Resolve in 2017 to carve out time to sleep more—think of it as training!
I personally struggle to sleep, always have and probably always will, but there a few things I do that can and do sometimes aid me and I will blog about them in a future post and within my review section on the site J
So go get to it! Set a goal and make a plan, make 2017 your fastest year yet!