Skip to content
Master-Athlete.Com
Home » Coaching » How Long to Benefit From a Workout?

As a seasoned Masters Athlete, you probably follow a well-designed training program that includes a mix of key types of workouts. And you’ve read our info on the de-training affect!

As a serious Masters Athlete taking care of your body and wanting to improve every area you can, V02 max intervals, tempo runs, basic speed reps and long runs are likely integral parts of your schedule.

The goal of each type of workout is to stress a particular physiological system and produce an adaptation that ultimately allows you to run faster. For example, and in admittedly simplified terms, V02 max intervals, such as kilometer repeats at 5K race pace, improve your heart’s ability to deliver oxygen to muscles. Tempo runs increase your capacity to process and clear lactate. Short, fast repetitions enable you to run fast yet relaxed by decreasing overall energy expenditure and improving communication between working muscles and the brain. Long runs encourage capillary and mitochondria growth. Over time, these changes produce faster races.

While the physiology behind these adaptive processes is well understood, how quickly your body adapts after a hard workout isn’t as well known by most runners. Once you learn that, you can more logically structure your training so that you’re allowing the stress-and-recovery cycle to work its magic.

WHAT TO EXPECT WHEN

So when will you see the benefit? Let’s say in the past two weeks you’ve done a long run, a tempo run, a track workout and some short, fast reps. When will you be fitter from this run of training?

According to Pete Pfitzinger, an exercise physiologist and two-time Olympic marathoner, the process is cumulative. “Positive training adaptations occur from repeated stimulus created by training stress,” he says. “I think of the accumulated adaptations to training as a rolling sum of:

1. Stress which leads to fatigue (hard training done in the past five days);

2. Stress which is starting to lead to positive adaptations (hard training done about five to eight days ago);

3. Stress which has created a positive adaptation (hard training done about eight days to three weeks ago); and

4. Stress which is losing its effect (hard training done more than three weeks ago).”

The fitness you have today is a balance of these four categories. But what about the singular benefits from a particular workout, like that set of mile repeats you did last Wednesday?

That’s difficult to pinpoint exactly, but, says Pfitzinger, they’re typically realized in about eight to 10 days. Joe Rubio, a two-time U.S. Olympic trials marathon qualifier and head coach of the ASICS Aggies, says that “most athletes will see a benefit from an individual workout 10-14 days after it is completed.”

Pfitzinger stresses that while eight to 10 days is the typical window for realizing recent gains, the rate of adaptations varies among individuals and depends on overall lifestyle, genetics and balancing training stress with adequate recovery. Take a look at the awesome PULSEROLL to help speed up your recovery 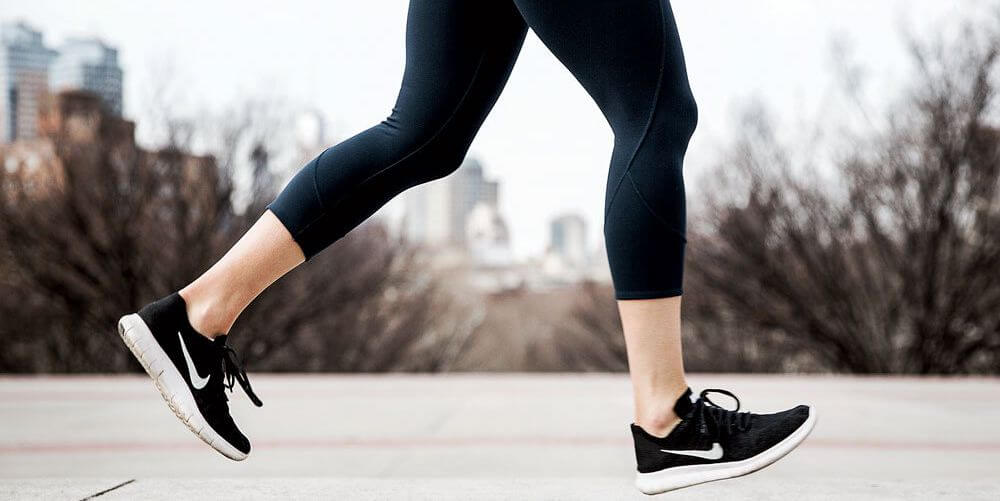 EFFECTS OF VARIOUS TYPES OF WORKOUTS

While running-achieving specific adaptations to improve are unquestionably cumulative, each little piece of training within the programme has its own recovery timeline, and it’s vitally important not to overlook this information when planning your training. The best time to perform anything specific depends upon the time it takes from doing it to realising and achieving its benefits on goal race day, along with the actual recovery profile of a workout. As stated earlier, the very short and simple answer regarding those gains — for all the types of workouts — is about eight to 10 days. However, because of the different stresses that each individual workouts place on the body, each must be thought about separately. (See “Scheduling Your Schedule”, below.) Knowing this information means knowing what to plan in the build up before an important race.

V02 max intervals tax the body the greatest and take the most recovery time. Pfitzinger believes therefore that full recovery takes about eight to 10 days to see the benefit. “Meaning that you’d want to do your last hard V02 max workout eight to 10 days before your major race,” he says. “During general training or before a lesser race, you do not need therefore to be as recovered from your hard workout before doing another, so you could do another V02 max session after five or more days.”

Faster speed repetitions, if performed as longer intervals like repeat 400ms, can just be as taxing as V02 max workouts and need to be monitored and used sparingly. However, workout such as extended strides of 150m or 200m require less recovery and could be done that bit closer to a race.

Recovery time required from a long run varies depending on the intensity and duration, but four days is generally the minimum recommended amount of time required for complete recovery, although your glycogen stores usually are replenished within roughly about 48 hours.

HOW TO MAKE ADJUSTMENTS

As an example, if you’re aiming for a peak performance at a parkrun on Saturday morning, don’t be cranking training sessions of  6 x 800m at V02 max pace on the midweek prior, as you will still be in the none recovered “stress which leads to fatigue” phase of recovery when it comes to race day.