Sitting in a Sauna can raise Human Growth Hormone HGH!

I spent the new year holidays tucked away in the woods and hills in my very own log cabin. with the wonderful use of Sauna and this reminded me of a paper I read a long time ago about HGH and heat response, and so I have dug up this article.

Its important to remember as we age, our HGH levels decrease!

Saunas have long been used and valued in worldwide societies for their ability to detoxify the body and improve our vitality.  Recently, however, scientists performing research have identified that the benefits of time spent in a lovely hot sauna might go even deeper. 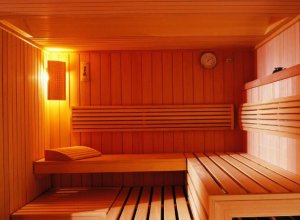 How a sauna promotes detoxification is actually relatively straightforward, Sweat, our process of perspiration is a main method our body rids of our toxins, so the sweating process in a sauna is naturally going to improve detoxification.

The very high temperatures and humidity found in a sauna cause vasodilation, an increase in the blood flow within our bodies, which also aid our bodies flush out all the bad toxins from inside.  This effect can be further amplified by interrupting the session by a cold plunge, which has the opposite (vasoconstricting) effect.  The result is blood flushing through our tissues flushing out toxins in the process.

Recent research has shown that saunas can actually promote another important physical mechanism of detoxification.  The unique stress indiced within the body whilst in the heat of a sauna can raise levels of endogenous detoxification enzymes, including catalase (CAT) and superoxide dismutase (SOD). [1]

Firstly, let’s take a look at what hGH is and why it’s so important in the body and to athletes.  hGH is a peptide hormone that is a crucial leader at the top of our hormone cascade that are related to growth, cell reproduction and cellular regeneration.

The pituitary gland produces all that good HGH, but that it self doesn’t cause all the bodies reactions  Rather, hGH triggers the release of secondary wave of growth-related hormones (such as IGF-1 from the liver) that are responsible for the majority of the significant effects we achieve when hGH levels are elevated.

As we grow up, hGH plays a pivotal role in our bodies and brains growth.  Later in life, this very hormone switches to the role of maintaining youthfulness and vitality.

hGH is also famously the key hormone responsible for catalysing muscle growth in adults, which is why it has long been popular and somewhat abused over the years by athletes and body-builders – and has been on the banned substances list of the regulatory bodies for most sports since the early 2000’s.

Largely owing to the holy grail of its regenerative processes triggered by hGH, nearly everyone stands to benefit from maintaining healthy high circulating levels of the hormone hGH. 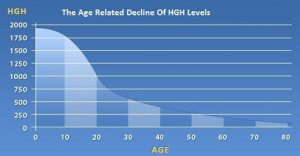 Its known and well researched that some exercises can trigger hormonal response, it is less well known that the heat response form a sauna can also do just that!

The initial science research that revealed the sauna-HGH information is actually quite old.  A team of Finnish science research team published their paper in 1976 that reviewed hGH levels in 55 healthy individuals pre and post the use of a sauna session.  They found that hGH levels were on average a staggering 140% higher immediately following the sauna treatment.  These increased hGH levels however returned to normal between 60 and 90 minutes for most participants, but this temporary spike was large enough to make the findings significant. [2]

From all these studies we are able to gleen an insight into how to best use the heat response from a sauna to maximise our levels of hGH.  First, its crucial to understand that human physiology means that HGH levels drop from the age of 30.

The trick to maximising hGH response it would seem is to subject the body to exactly the correct levels of heat-induced stress.  The temperature, duration and frequency of the sauna session all influence this calculation greatly and should be manipulated accordingly.

Several of the research studies indicate the body will adapt to the stress of the sauna best, when used every day.  For this reason, the effect on hGH levels diminishes significantly after only a few days of consecutive sauna treatment. [4]  The studies that showed the greatest continued and maximised hGH response followed a treatment programme of every second day.

A research study back in 2007 used two programmes of  30 minute continuous sessions and 45 minute sessions 5-minute break in the middle.  Those within the first group (30 continuous minutes) showed much higher elevations in hGH levels. [5]

Temperatures used in most of the research studies were around the 80 degrees Celsius mark with humidity generally around 5-20%. However, as higher temperatures will generally create higher levels of heat response stress in the body, it’s reasonable to expect that the duration need to produce the same increasing effect would go down as temperature increases.

I’m sure it will have occurred to some of you – sauna-induced elevation of hGH could be quite beneficial for athletes and others who train intensely (who’s bodies are actively rebuilding muscle and recovering).

We already know of the key period of around 30-60 minutes immediately following a training session when your body will be doing the most active rebuilding of muscle and replenishing of glycogen (the muscles’ energy storage).  This is why it’s so critical to give your body the exact nutrition it needs as soon as possible after a workout.

Raising the key hormone and  getting it to circulate during this window can potentially further increase the already-heightened recovery state your body is doing in this window.

If you’re lucky enough to have access to a sauna after your workouts a couple days a week, taking just 30 minutes or so to support your body’s rebuilding efforts is probably a good idea.

Of course, the benefits of raising circulating hGH levels are hardly limited to athletes.  As I mentioned above, hGH has a regenerative effect on nearly every tissue, muscle and organ in the body.  For this reason, engaging in regular sauna sessions is a tremendously powerful practice for maintaining a youthful body and appearance.