The athletics season of 2020 may not actually happen, but we have seen some releases of what would be the sprint spikes for this year which of course include the obligatory Carbon Fiber plates which would now seem to a must in every competitive shoe being made, from road running down to the track.

I have covered sprint spikes here for 2018 before and here for 2019, and general spikes here. And if you want to you can review the best running shoes here.

Now then, lets start with the big player, Nike. For years now they have ruled the distance road running with the range of % shoes and now more recently the Alphafly sub 2 hour marathon shoe, well now they have finally used this technology to enter the track world. In 2019 we witness some of the main middle distance runners where a track version of their carbon shoes, which saw some superb results.  But now they have announced a full range of “Zoom” carbon shoes which include the:

Uniquely crafted for the 100-meter dash, the Viperfly features a carbon fiber plate imbued with new Custom Fiber Placement tech, which enables a range of flex within the plate. The specific variances of carbon are based on thorough research of the race distance, and combined with the streamlined Air Zoom forefoot pod, the design should provide optimal energy return during the critical last 20 meters of the sprint, when races are won and legends are born.

Rounding out the shoe’s construction is the latest version of Nike’s flexible Flyknit upper (rebranded Atomknit), which represents minimal weight, plus a bit of foam in the heel to help sprinters transition to walking once the race has been run.

Price: Still Unconfirmed, along with release date.  As the Olympics have now been postponed their is a reality these may be held back form general sale. 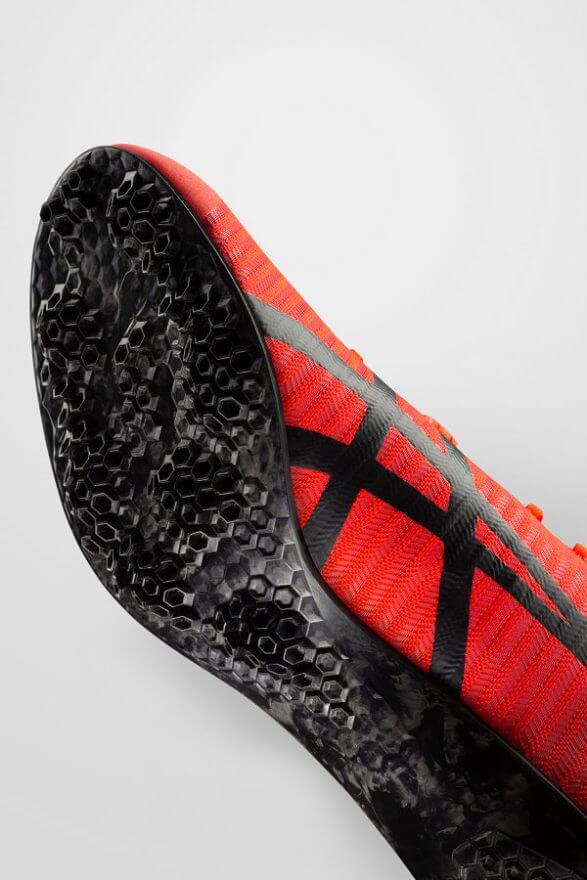 The most expensive shoe of the newly announced lot, the Asics Metasprint also carries the most unique feature; or the lack thereof. Traditionally, sprinters rely on spikes to gain traction. Not with the Metasprint: Asics replaced the spikes with a honeycomb carbon fibre outsole that “optimises and enhances traction and delivers explosive speed with each stride.”

The Asics Metasprint will not be a mass product and will only make elite and competitive runners salivate. With no spikes, athletes – in theory – can transfer additional power with every step and increase speed. According to Asics, “the shoes provide an amazing fit thanks to the STRETCH HL-O™ mesh seamless upper, which is lightweight and feels like a second skin.”

Price: £270 that is crazy! for a manufacturer with no big player in sprints to help sell this shoe, its a risky position indeed.  Release is expected towards the end of April. 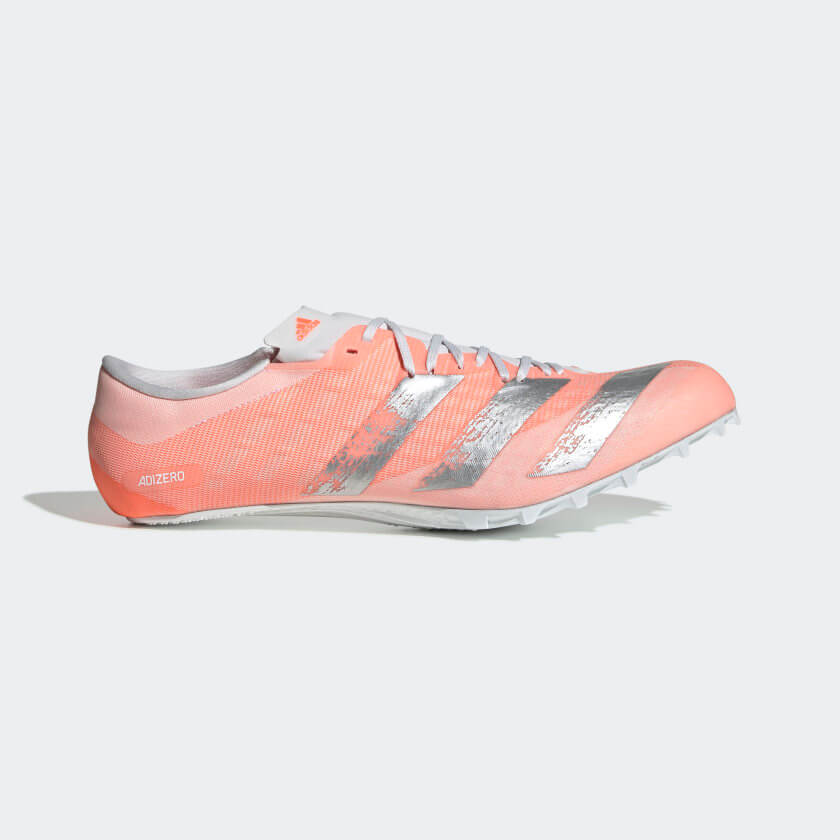 Now I have mentioned this one 3rd but that is purely as its the least “new” al;though actually the plate and upper on this version is completely new and superb! the SP has reigned supreme for sprints for many years now, lightweight and stiff this really is the best sprint spike in circulation already. will it remain so once the above 2 have been released, well that to be seen.

Eventually, every sprinter hits the wall. These elite-level spikes are designed to help you break through with explosive speed. Adidas’ most advanced running technologies fuel every stride, and strategically placed zones of support and stretch let you run fast and free. 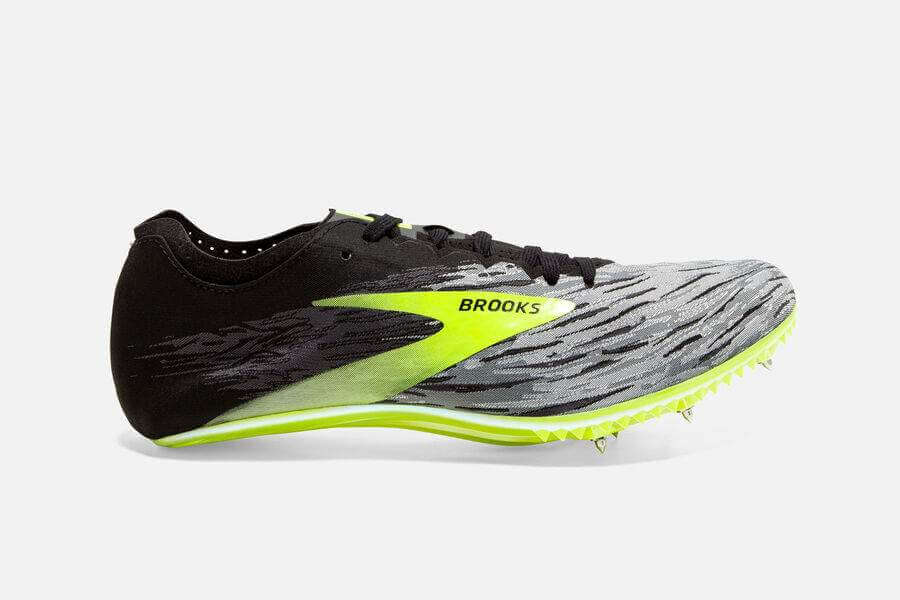 An aggressive, dual-layered spike plate that delivers the rigidity needed to generate maximum efficiency during your race.  The spike configuration is designed specifically to provide a powerful grip for races up to 400m.  The lightweight engineered woven upper of this racing shoe provides greater forefoot capture for powerful toe-offs.  Now this shoe keep intriguing me, the plate itself is stiff almost as much as the adidas SP but this appears to have some more “spring” back, the only problem with this shoe is the spike configuration.  The center pin under the ball of the foot acts as a pivot as the shoe has an underneath curvature. if that pin is positioned  right depending on your shoe size then these would be perfect so its a risk.

Price: £95 this shoe is competitively priced in the market for its stiffness and lightweight, already released and available. 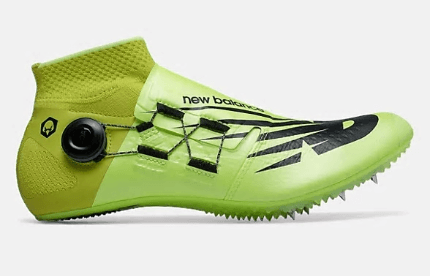 Aggressive. Bold. Victorious. Meet the all-new Sigma Harmony, designed for the most demanding sprinters. Built on a new plate, this model provides a smoother and more powerful transition than its predecessor. Using BOA® Closure technology, it offers an alternative to traditional laces for customized comfort and no pressure points. A midfoot canopy and new knit heel construction hold the spike in place for PR-ready performance.

Ive mentioned before about this shoe…. Its just too Heavy! I like the Plate on this, love the Boa fastening really locks the foot down, its just way too heavy and that’s lazy design.

Price: £160 This is a crazy price for this shoe and what it is, this shoe is only good for a 60m runner IMO, its just too heavy for any real distance.

Well there we have it, these are the 2020 Sprint Spikes, now of course we have no idea what the Nike and Asics shoes are actually going to be like, so in my opinion, stick with the Adidas SP.  Although I will try and get a hold of both of the Nikes and Asics spikes as well, im an addict of spikes.

Hope we all get to race this year!!