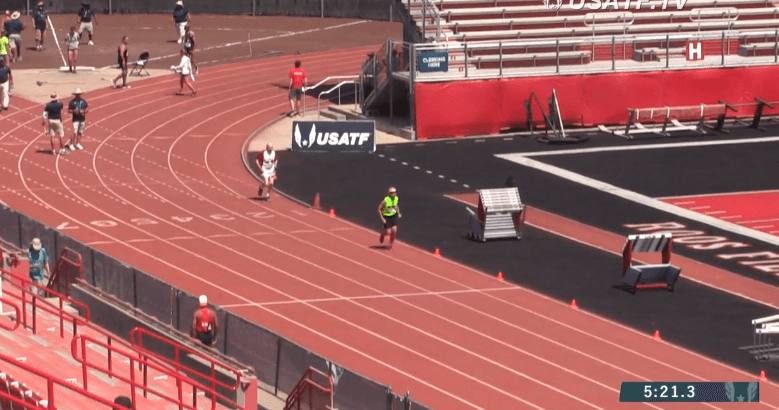 Roy Englert is a 95 year-old U.S. Navy veteran and an 800m world record holder. This weekend are the USATF Masters Outdoor Championships. On day one of the competition, Englert ran almost five seconds faster than the previous M95 800m world record of 6:02.94 which was set by Herb Kirk in 1991.

This is not Englert’s first track world record. Four year ago, at the 2014 USATF Masters Outdoor Championships, Englert and his relay team set three world records in one meet. Together, Charles Ross, 91, Charles Boyle, 91, Orville Rogers, 96, and Champion Goldy Sr., 97, made history. Before these men, there had never been a relay team in their age group.

Englert’s 2014 relay teammate Orville Rogers, who is now 100 years-old, is at this year’s championship as well. Rogers set an American record in the 400m yesterday, and runs the 100m today.

Englert wasn’t a runner until his fifties and only started competing in his sixties. He told The Times after his three records in 2014, “People make themselves old,” he said. “First they say, I’m too old to do this and too old to do that, and suddenly they look in the mirror and they’re old.”