A new documentary about the Sikh marathoner Dharam Pal Singh of India, who claims he is 121 years old, explores the skepticism surrounding his age, which, it seems, cannot be fully verified. Singh was raised in a rural village, which did not issue birth certificates back in 1897, when he says he was born. (To be sure, he doesn’t look a day over 95.)

A New York Times story cast doubt on Singh’s extreme age in 2016. That year he showed up at the World Masters Athletics Championships, claiming to be 119, and ran the sprints, but his own athletic federation didn’t believe he was as old as he claimed. At the time, the oldest documented age for a man was 115, let alone a man who could run a marathon. 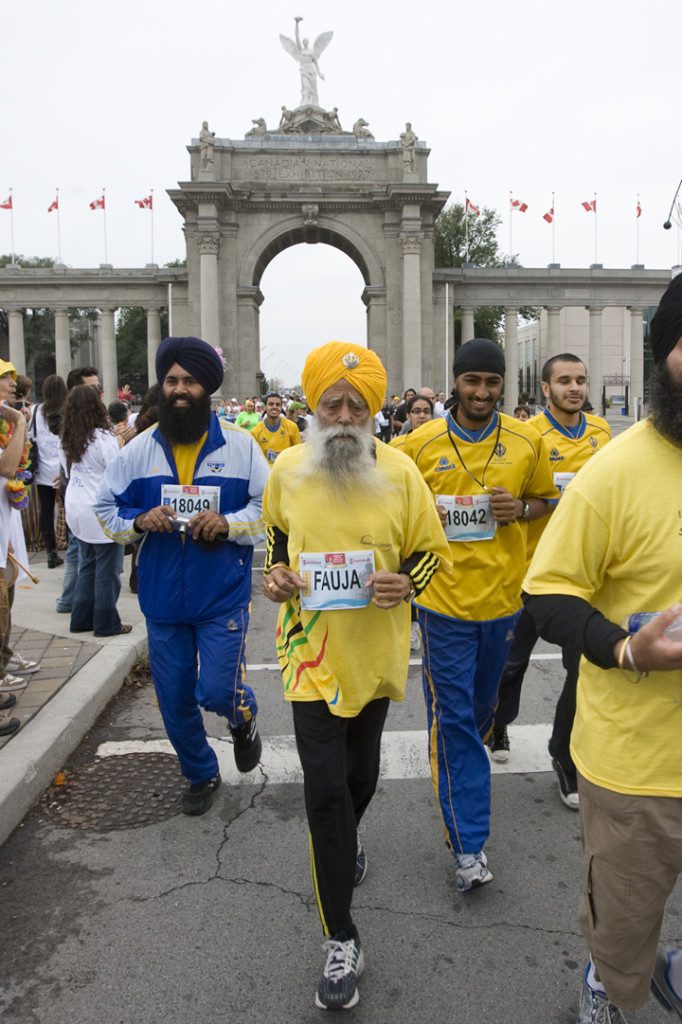 y fans, both at home and abroad, apparently don’t care whether he is as old as he says he is–he is clearly old, and he is finishing marathons. To them, that in itself is worth celebrating.

It seems unlikely we will ever know for sure how old these men really are.The story brings to mind another elderly Indian marathoner, the legendary Fauja Singh, the first centenarian to finish a marathon (at Scotiabank Toronto Waterfront Marathon in 2011). His time? 8:11:06. He wasn’t able to produce a birth certificate either, yet the world seemed not to mind as much, though none of his accomplishments was ever formally ratified as a record. The NYT story says Dharam Pal Singh was inspired by Fauja Singh, but eventually surpassed him.
Courtesy: Canada Running Series