Tony Bowman is the fastest 84-year-old in the world – despite having two heart attacks. He represented team GB at the European Masters in Italy last month and came away with three medals after competing in the 80-84 age category – gold for hurdles, silver in the 400m relay and bronze in the decathlon.

He also came fourth in the 100m and fifth in the 200m. He said: ‘It is the younger athletes that are beating me. There is no 84-year-old faster than me in the UK – no, the world.’ When Tony, from Leeds, West Yorks., first entered the 80-84 age category he broke 11 British athletics records, one European and one international, for track events including the decathlon and both indoor and outdoor pentathlon. Grandad-of-one Tony said: ‘I am looking forward to doing this again next year when I get into the next age category when I turn 85.’ 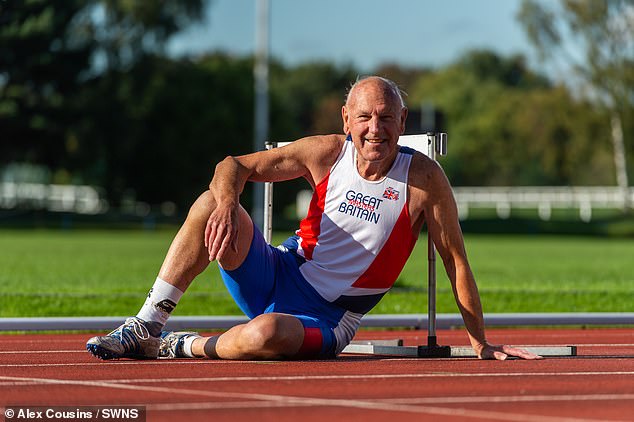 He said that while there are young athletes beating him, there is no 84-year-old faster than him ‘in the world’.

The athlete, who is from Leeds, is already looking forward to turning 85 when he can enter the next age category.

He has ‘cut down to one glass of wine every other day’ and does ballroom dancing, cha cha or playing hockey to keep fit as he was treated for abnormal heart rhythm since his surgery.

Tony said: ‘I can’t let my heart get in the way of my training. When I am sprinting I have to give it my absolute all, my heart is the last thing on my mind.

nd sweating’. He had heart failure last year and thought he was on his ‘last legs’ with the sport.

Tony represented Middlesex schools aged 15 to 16 and won the hurdles championship in White City, London. He then came second for hurdles at an All England Schools event in Bradford. 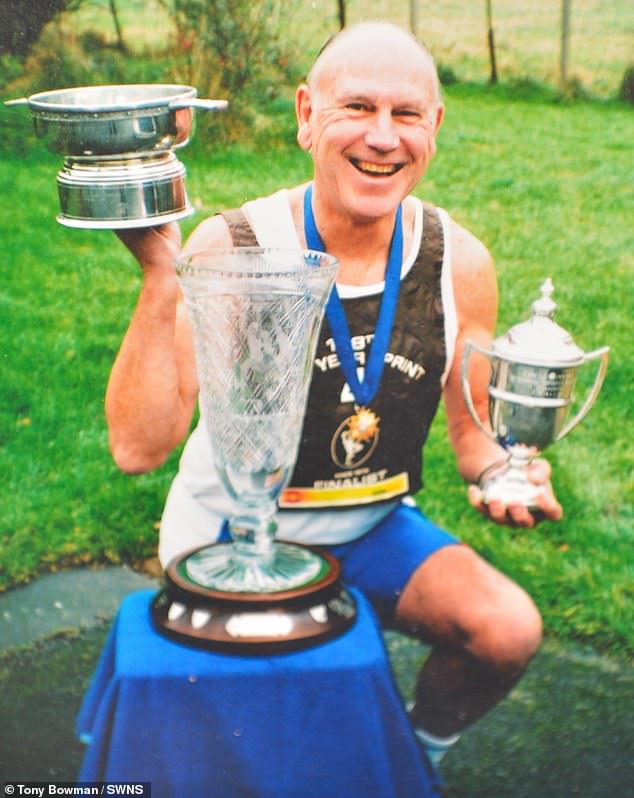 The champion, who is married to Betty, 85, stopped running at 27 before taking it up again at 42 when he moved to Kirkstall, Leeds, and worked for Whitbread brewery. He took up the veteran’s category – which is now known as the Masters.

Tony said it ‘would be great’ to get sponsorship for the races as he has to pay out of his own pension for tracksuits, travel and entry fees.

‘I’m doing all of this for my country, a country that I love, and it would be nice to be able to have some help.’

Tony continues to compete in Masters events all over the world, with competitions in Portugal and Toronto coming up.

Men as old as 105 and women in their 100s have competed in running, jumping and throwing events.