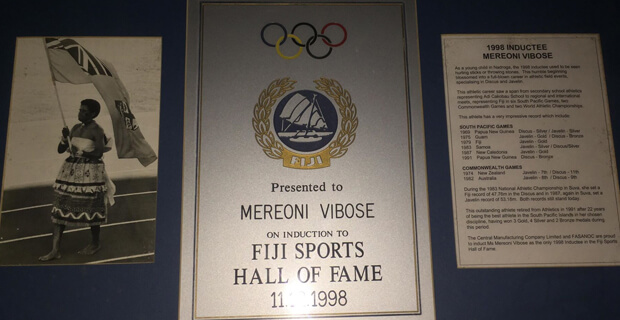 Vibose passed away at the Sigatoka Hospital last Saturday.

As a young child growing up in Raiwaqa, Mavua in Nadroga, the 1998 Hall of Fame inductee used to be seen hurling sticks or throwing stones.

This humble beginning blossomed into a full-blown career in field events, specialising in discus, javelin and also representing Adi Cakobau School to regionally and international meets.

In 2016, at 64-years-old, Vibose represented Fiji at the World Masters Athletics meet and came fourth in her event.

Former Fiji athlete Lorraine Mar described her as a hardworking athlete and a role model to other athletes who never gave up easily.

She will be laid to rest at her home in Raiwaqa, Mavua in Nadroga this Friday.