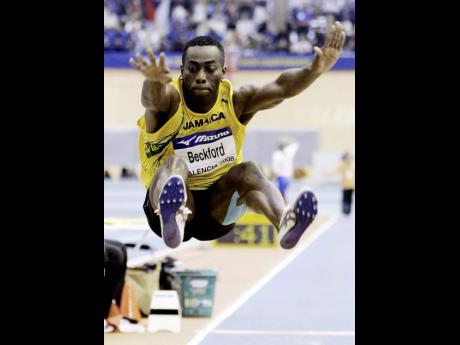 Jamaica’s 15-member team will get its campaign started in the World Masters Athletics Championships in Malaga, Spain, today.

Jamaica Masters Athletics Association President Samuel Brevett said he was pleased with Jamaica’s participation in Lyon, France, in 2015, and he hopes the team betters it in this campaign.

“We went to France last time and came back with two gold, one silver and a bronze,” Brevett said. “For this year, we have James Beckford, an Olympic long jumper. We expect a gold from him because he’s a defending champion. Winston Chambers competed in the 400m hurdles; he’s also a defending champion. I expect about four gold medals and even two bronze, based on how the team is set up.”

Brevett said that his confidence is high, also because of how well training went.

“The preparation had been very good. We have Gary Samuels from UWI, who’s our coach. We did a lot of work coming up. He prepared us in the long jump, shot put and other events well, and the guys took the training very well.”