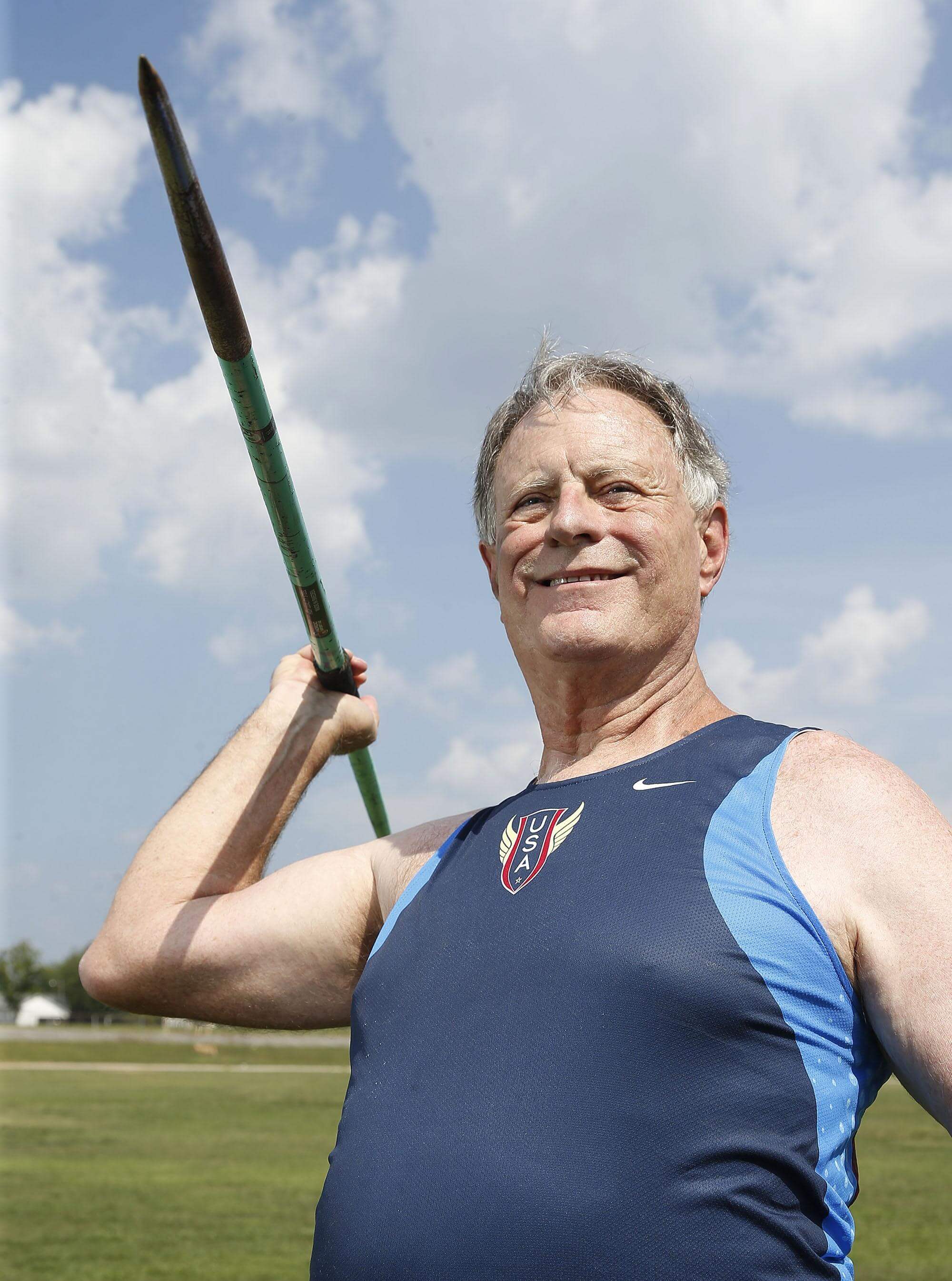 He had come so close, so many times. It was a goal on his bucket list for most of his adult life, one he spent decades pursuing. But when he suffered a debilitating stroke in 2010, at age 64, his hope of reaching that goal were dashed. It was no longer possible.

Or so he thought.

A little more than a week ago, Joe Lary learned that USA Track and Field recently completed a major revision of its All-American standards. As a result, 12 years after Lary won a bronze medal in pentathlon in the 60-64 age group at the 2006 USATF Masters Track and Field Championships, he has been designated an All-American.

Lary, a member of Tuscaloosa’s most famous sports family — his uncle, Frank Lary, was a professional baseball star pitcher nicknamed “The Yankee Killer,” his uncle Al Lary was an All-American football player at Alabama who also played professional baseball, and his father, Joe Lary Jr., was starting pitcher on Alabama’s 1947 SEC champion baseball team — stumbled upon the possibility while looking up rankings for Masters track and field athletes online. A few days later, he received the official notification from USA Track and Field.

“I had no idea,” said Lary, 72, of the retroactive award. “It just popped up on the internet. Every now and then I like to go online and look at the national and world rankings and see how people were doing, and it popped up that I was eligible for the All-American award in the pentathlon. I had been so disappointed because I’d come so close in 2006 but came a few points short. I thought I’d never get it after that. But they went back and had a major revision for All-American standards for every event, and they said that for the decathlon and pentathlon that the former standards were much too high. Even though people were world-ranked, they weren’t getting the All-American award. I was ranked fifth in the world in the pentathlon and sixth in the decathlon. And I wasn’t All-American in either one of them. The standards were really tough. It’s the same people who chose the Olympic team, so, it’s tough. They don’t ease up on you.”

The outdoor pentathlon, of which Lary had won the bronze in 2006, consists of long jump, javelin throw, 200 meter dash, discus throw and 1500 meter run.

“It was hot that day,” Lary said. “It was in Charlotte, North Carolina, in August. It was 140 degrees on the track. They had pools of ice water on the track for the athletes. I was competing against some of the best athletes in the world. I did best in javelin. I threw it 117 feet and got a lot of points from that.”

“She was one of the first things I thought of when I found out I was named All-American,” Lary said. She died in August at age 93.

The retired medical researcher for birth defects at the Center for Disease Control moved back to Tuscaloosa in 2001 after living in Atlanta for 13 years. He continued competing and stayed among the best in the world in his Masters classes. He ranked among the top 50 in the world in his age divisions in 11 events. In 2008 he won three medals at the world championships as a member of the USA Masters track and field team.

“We got to wear the uniforms that the USA team members wore at the Sydney Olympics,” Lary said. “And we got to keep those uniforms.”

It was shortly after he won that 2009 national championship that he had his stroke.

“I was in Atlanta, visiting my daughter,” he said of the February 2010 medical emergency. “I’d been preparing for the 2010 world track and field championships that were coming up in August. I was planning on doing my usual five or six mile walk. I took a nap and woke up hallucinating. Fortunately, there was a hospital nearby.

“I was in the hospital for months, including here in Tuscaloosa. Nobody thought I’d recover.”

He still has residual problems from the stroke, just like his athletic prowess, he went beyond all expectations.

“A year later, I got to a point where I could exercise a little and drive a car. The doctors said because I’d been in such great physical shape before the stroke, that’s what made it easier for me to go through rehab,” Lary said. “I eventually tried to compete at a track meet in Mississippi, but I quickly found out that day that I couldn’t. I still walk five miles a day though.”

Lary’s success in track and field is remarkable in many ways, most notably perhaps, because he didn’t play any organized sports until he was a freshman in college at the University of Alabama.

“The first thing I did after I registered for classes was go to see Red Drew, who was the track coach then. He asked me about my background in track and I told him I had never been on a track team. He thought I was nuts. He laughed, but when I told him I could throw a fishing pole 60 yards, he was interested.”

They went outside. Lary threw the javelin 50 yards. Drew changed his tune.

Lary misses the competing. He’d still be going strong, had it not been for the stroke.

“I do. I miss it. I just loved competing. My family has always been highly competitive,” Lary said. “My dad died when I was 11, and I always wanted to make him proud–and the rest of my family proud. I wanted to succeed, whether it was in academics or track. They inspired me.”