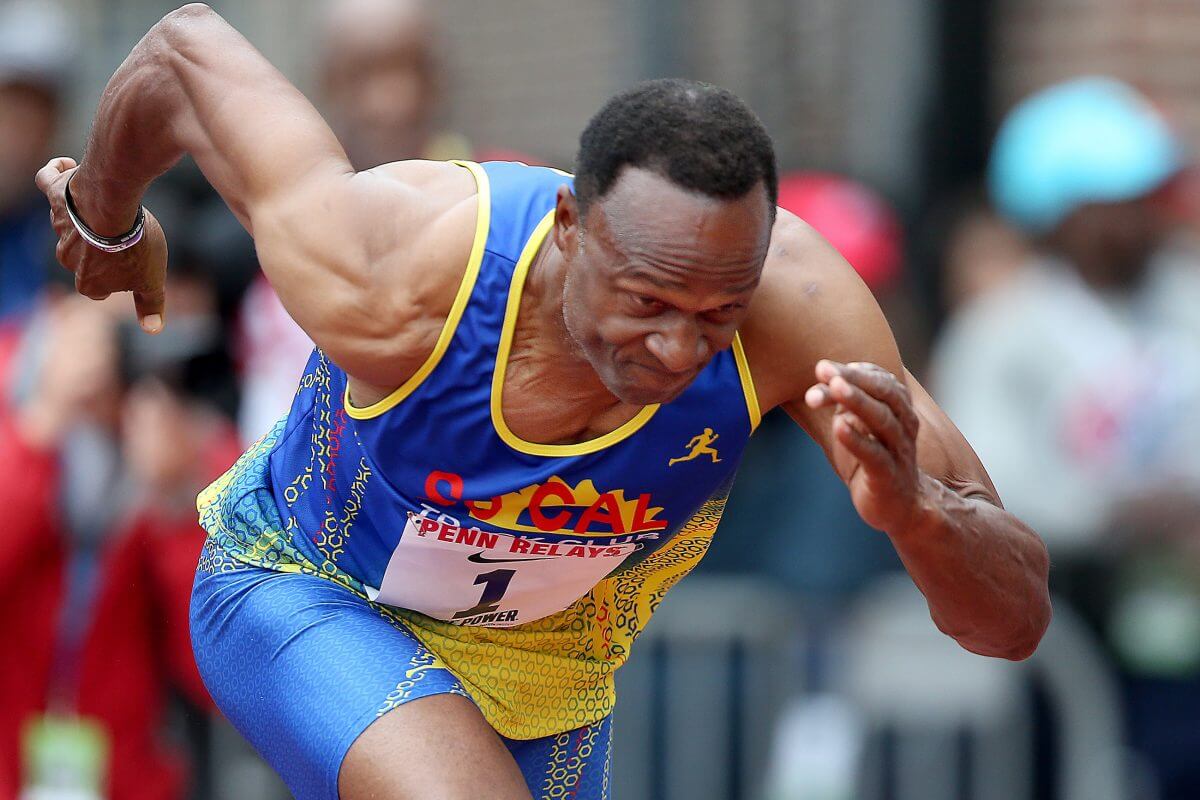 The former NFL wide receiver won the 100 meters in the 55-and-older Master race at the Penn Relays.

Carl Lewis watched his old world-record-setting teammate speed past on the track.

But he still was running faster than anyone else in the race, as usual.

“He’s still going,” Lewis said of Willie Gault, the fastest master’s runner of all time. “He’s still going strong. If I had any sense, I’d have my butt out there with him.

In 1983, Lewis was the fastest man in the world and Gault wasn’t far behind him. They were members of the United States 4×100 relay team that set a world record that summer at the world championships in Helsinki, Finland.

Lewis is a coach now, an assistant at the University of Houston. The 56-year-old former Willingboro High School star spent a cool, overcast Friday at the Penn Relays walking around the infield, talking shop with the Cougars’ sprinters and long jumpers.

Gault spent the day on the track, winning the 100 meters in the Masters Men’s 55-and-older competition, then anchoring the SoCal Track Club to victory in the Mixed Masters 4×100 relay.

It was a homecoming of sorts for the 57-year-old Gault, who was back at Franklin Field for the first time since his last competition for the University of Tennessee at the 1983 Penn Relays.

“Been a long time,” Gault said. “It’s great to be back in Philadelphia. I love this meet. I watch it every year on TV. I never miss it.”

Gault raced past his plaque on the Penn Relays Wall of Fame in the Mixed Masters relay. He ran on five winning teams for the Volunteers in the early 1980s, earning his last watch just three days before he was drafted by the Chicago Bears with the 18th pick in the 1983 NFL draft.

Gault played 11 seasons in the NFL, winning a Super Bowl with one of the sport’s most memorable teams, those unforgettable 1985 Bears. A wide receiver, he caught 333 passes for 6,635 yards and 44 touchdowns in his career.

But he never really gave up track.

“I never stopped,” Gault said. “Even when I played, I ran in the off-season. Even when I couldn’t run because of the legalities of being a professional, I used to run under an assumed name — Joe Douglas, Ricky Williams, different names.”

He’s a little gray on top but still lean and muscular. He still has a smooth, powerful stride. He won the 100 meters on Friday in 11.83 seconds, a slow time by his standards.

“I didn’t run as well as I hoped I would but I’m satisfied,” Gault said. “I’m healthy.”

Gault said track is a “pure” sport, especially when compared with football.

“I run to stay young and because I love the sport,” Gault said. “It’s the best sport in the world.

“If you beat him, you beat him. If you don’t, you don’t. You don’t have to worry about the quarterback throwing you the ball, the coach calling the play.”

Standing on the infield, Gault pointed to the wide range of competitors in the old stadium as the best example of the enduring allure of his favorite sport.

Gault said he’s a vegetarian who last ate meat 35 years ago. He said he works out year-round in Southern California, training under John Smith and with three-time Olympic medalist Carmelita Jeter.

He’s a long way from those days in Helinski in 1983, when he ran the second leg and Lewis ran the anchor and the Americans lowered the world record to 37.86 seconds.

But he swears he’s a long way from pulling up, too.