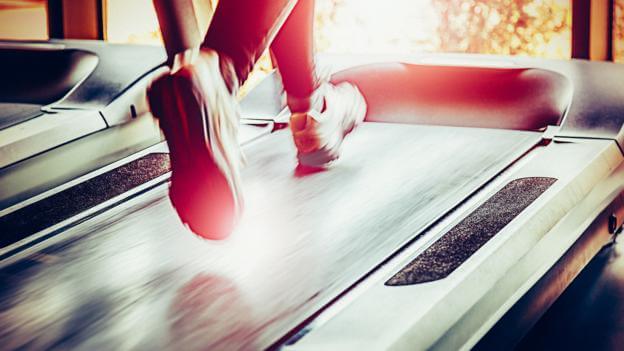 It’s not just how much exercise you do but how you compare yourself with your friends that really determines your fitness.

If your New Year’s exercise regime has already failed, try not to focus on all the workouts you should have done. New research has revealed a surprising connection between people’s beliefs and their health: by being too negative about their physical activity, some people may “think themselves unfit”.

Scientists at Stanford University in the US looked at mortality data for 61,000 adults. For 21 years, dozens of measures were taken, including how much people exercised and crucially, how much exercise they thought they did compared with others their age, during which time some of the participants had died from a range of illnesses.

Analysing the various factors that might have contributed to the participants’ health, the researchers discovered something extraordinary. People who thought they weren’t doing as much exercise as their peers died younger than those who thought they did more, even when the actual amount of exercise they did was the same.

This effect remained even when they took into account the participants’ health status and factors such as smoking. 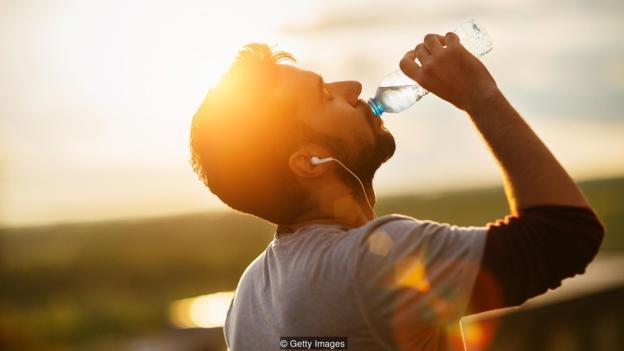 Comparing our fitness to our friends can lead to negative effects (Credit: Getty Images)

Exercise does of course add to your average life expectancy, but this study suggests that perceptions of exercise make a difference too. The study’s author Octavia Zahrt from Stanford University told me that personal experience prompted the research. When she moved to graduate school in California she found herself surrounded by people dressed in their gym kit, who always seemed to be on their way to or from exercising.

Having considered herself a fit person when she lived in London, cycling frequently and attending exercise, in comparison with her new peers, she suddenly felt distinctly unfit.

She wondered whether feeling less active than others might affect your health – and she was right. She found that that the mortality risk was up to 71% greater for people who perceive themselves as being less active than their peers, compared with those who thought they did more exercise than everyone else.

Zahrt’s claim might seem extraordinary, but there are at least three possible reasons why our perceptions of exercise could affect our health.

The first is simply that we feel stressed if we think we’re not active enough. Bombarded by health messages and seeing everyone exercising all the time, might cause us to worry a lot and this kind of chronic stress could damage our health.

Or is it down to motivation? Perhaps if you already think you’re active your image of yourself as an athletic person encourages you to do even more exercise to fit in with this image. This idea is backed up by research from 2015 which showed if you believe you are less fit than your friends, you’re less likely to be doing any exercise at all a year later. 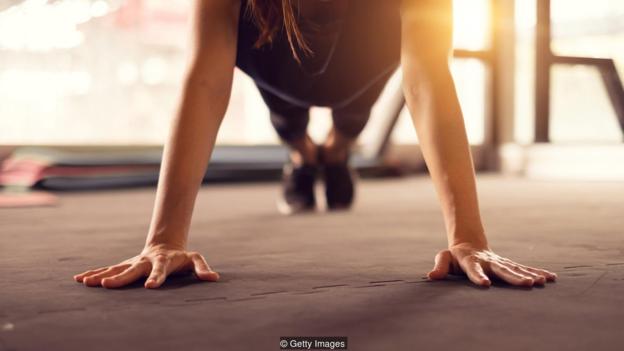 We can feel stressed if we think we’re not doing enough exercise (Credit: Getty Images)

Considering what we know about group norms and how most of us like to do what we know other people are doing, this is surprising. But maybe we find it too discouraging if our friends do more than us and then we give up altogether.

A third explanation involves the opposite of the placebo effect. It’s long been established that beliefs about the strength of a painkiller, for example, can influence its effectiveness in the body. The opposite is the nocebo, where if you have negative expectations, the physiological effect of a treatment is reduced. So perhaps people were in fact as active as their friends, but didn’t realise it, and so they missed out on some of the benefits.

Take hotel housekeepers. Just by doing their daily work they are getting plenty of exercise, walking up and down hotel corridors, pushing heavy trolleys of towels, scrubbing baths, vacuuming and changing sheets. But a study in 2007 found they didn’t count this as exercise. Then, Alia Crum, also from Stanford University told half these hotel housekeepers just how much exercise they were getting and why this benefitted them.

Four weeks later, this group of housekeepers had lost weight and had lower blood pressure. Once they viewed work as an opportunity to exercise, it had more of a physical impact on them. Perhaps they began vacuuming more energetically or maybe it was down to the placebo effect.

All this reminds me of the finding from 2003 that our perceptions about age correlate with health outcomes. As part of the Whitehall II study, 7,000 civil servants were asked when they think middle age ends and old age begins. When Hannah Kuper and Professor Sir Michael Marmot analysed the datathey found that the people who thought old age began at the age of 60 or less were more likely to have serious heart problems later on than those who gave the answer 70 years or more.

The answer to this simple question seems to capture something about people’s own personal health status. Maybe they answer that old age starts at 60 because they themselves feel old due to poor health. Or maybe they have a sense that they don’t have long left and this puts them off exercising, which in the long-run affects their health. Or perhaps they feel more stressed and anxious about old age and this has an impact on their health. 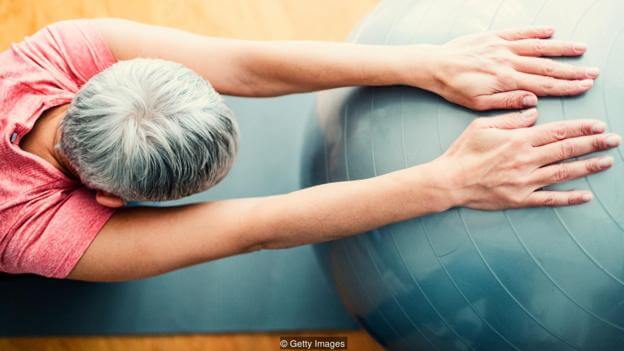 Even seeing old age as something that begins later in life can help boost health (Credit: Getty Images)

You may have noticed that these three possible explanations parallel the possible mechanisms in the first study on how much exercise you do compared with your friends. We don’t yet have all the answers, but there is something interesting going on here and it’s becoming increasingly clear that our perceptions about our own health and fitness matter.

This leaves public health officials in a tricky position. They need us to know how much exercise we should be doing if we want to stay healthy. On the other hand research like this suggests if the targets are too high, we’ll be even more discouraged. Until we know which of these mechanisms is making the biggest different to life expectancy we can’t know what will work.

In the meantime I’m going to make sure I appreciate the activity I do get around to doing, while avoiding any motivation-sapping conversations about exercise with ultra marathon-running friends.

Source: How your mindset determines your health