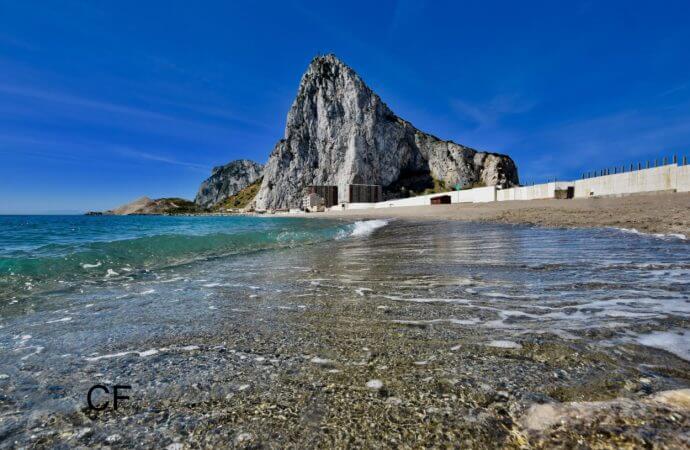 Local veteran athletes have been “forbidden” by Spain from competing under the Gibraltar flag in the World Masters Athletics Championships, which started yesterday in Malaga.

The World Masters Athletics organisation said the local athletes could run as “neutrals” but that it had no choice but to enforce the ban or risk having the Spanish authorities stop the entire competition.

But the move was condemned by the Gibraltar Amateur Athletics Association, which said the organisers had “yielded” to Spanish pressure even though this was nothing new.

Four out of five local runners due to compete have withdrawn from the event.

Last night Sebastian Coe, the double Olympic gold medallist and president of the International Association of Athletics Federations, said the association back Gibraltar’s right to have its athletes compete under its nation’s flag.

Writing on Twitter, he urged World Masters Athletics to “stand strong against this political interference”.

Stan Perkins, the president of the World Masters Athletics, said he was disappointed by the Spanish move, which he said had mixed politics and sport and placed the organisation in a difficult situation.

He confirmed that the Spanish Athletics Federation, acting on instructions from the Spanish Government, had advised World Masters Athletics that Gibraltarian athletes would not be allowed to compete “as representing Gibraltar”.

Faced with the ban, Mr Perkins said the organisers had sought to offer Gibraltarian athletes the possibility of participating as “neutral” competitors.

But the move was greeted angrily by Gibraltarian athletes who had been training for months in preparation for the event.

The Gibraltarian athletes referred the ban to the Gibraltar Amateur Athletics Association, which in turn took it up with the International Association of Athletics Federations.

“Being subject to the laws of Spain and as mere guests, we had to safeguard the competition and provided Gibraltarian athletes with a way of competing,” Mr Perkins told the Chronicle in a telephone interview.

He expressed bitter disappointment “at the directives made by Spain” and said he would “rather have preferred to have sports outside of politics”.

And while the organisation’s “hands are tied” in respect of the Malaga event, Mr Perkins said that in future, World Masters Athletics would review agreements with host countries in light of events this week.

Last night the Gibraltar Government condemned the decision of the organisers of the World Master Athletics Championships “to discriminate against athletes from Gibraltar” by insisting that they cannot represent their country in the competition.

In a statement, No.6 Convent Place said the move was “totally unacceptable”.

The government recalled the edict issued by Spain’s Consejo Superior de Deportes several decades ago instructing Spanish sporting associations to block any application by a Gibraltar federation into its corresponding international body, something which then then translated into Gibraltar sportsmen and sportswomen being banned from flying their flag or wearing their colours in any international sporting events that took place in Spain.

“The decision of the Spanish Government, through its Consejo General de Deportes, to prevent Gibraltarian athletes from competing in a race in Malaga in our colours is a perverse vestige of a past of which modern Spain cannot be proud,” said the Minister for Sports, Steven Linares.

“These are vetoes against our people which hark back to the time of the Spanish dictatorship, and they belong in that time.”

“We cannot build a strong relationship with our neighbours in this way. We must see nonsense of this sort relegated to history, where it belongs.”

“Gibraltar sportspeople can rely on the full support of their Government and of their fellow Gibraltarians.”

The Spanish move also drew flak from the GSD, whose Leader, Keith Azopardi, said the pressure the local athletes had been placed in an “impossible situation” and deserved Gibraltar’s support.

“The decision taken by a majority of athletes to withdraw is commendable and could not have been an easy one given the hours of training and focus deployed in the months leading up to this event,” he said.

“The GSD would like to commend these athletes for taking such a hard decision and taking a stand.”

“This has been a brazen challenge to our athletes and they have shown great conviction. The Gibraltarian identity will be protected if we stand united in the face of such challenges.”

“The International Association of Athletics Federations should make clear that this behaviour by the Spanish Government and organisers is unacceptable and ensure that our athletes can participate in the normal way under Gibraltar colours.”

That message was echoed by GSD MP Edwin Reyes, who shadows the sport portfolio.

“The GSD regrets the discriminatory politically charged policies which are evidently still very much alive against Gibraltar in particular sports,” Mr Reyes said.

“The GSD is committed to supporting our national teams and players in achieving respect and equal status and treatment in whatever sport.”

The first the local athletes heard of the ban was on Monday, just hours after World Masters Athletics was itself told of the Spanish decision.

“This morning I was informed by the RFEA (Spanish Athletics Federation) that they had been advised by the Spanish Government that athletes from the country of Gibraltar were forbidden to compete as representatives of that country, not to wear a uniform identifying their representation of that country, in the WMA World Stadia Championships,” Mr Perkins wrote to the local athletes in a letter sent on Monday evening.

“Spain does not recognize Gibraltar as an independent country.”

“It was indicated that should the direction of the Government not be followed then action could be taken to stop the championships from proceeding.”

Mr Perkins said he had called an emergency meeting of the World Masters Athletics executive committee, at which it was decided to offer Gibraltarian athletes the chance to compete as neutral participants under the organisation’s flag.

He revealed too that two Venezuelan athletes who are currently seeking refugee status in Spain were also told to run as neutral or risk having their applications withdrawn.

“We are deeply regretful that this situation has arisen, but we have to accept the directions that have been given and we are doing our best to ensure that each of the athletes has the opportunity to compete,” Mr Perkins added in the letter.

“Our first priority is always in favour of the athlete, but unfortunately there are times when we have no option but to comply with directions given.”

The Gibraltar Amateur Athletics Association, which is the governing body for athletes in Gibraltar, confirmed it had received copies of the letter and the corresponding communications.

The president of the GAAA, Frank Carreras, said he had sent a strongly worded response to the president of the World Masters Athletics organisation condemning its decision and describing it as ” scandalous and illegal” and “against the WMA’s own constitution”, as well as “discriminatory against Gibraltarian athletes”.

He said the suggestion that Gibraltarian athletes should run as “neutrals” was “unacceptable”.

Mr Carreras, who is himself part of the European Athletics Association, condemned the decision criticising the World Masters Athletics for having “yielded to the pressure placed on them by the Spanish Government”.

Mr Carreras said the Spanish position was “nothing new” and that threats to stop the event from taking place were “a bluff which would never happen”.

The GAAA has sent a copy of their response to the president of the IAAF and European Athletics and made them aware of the situation.

The WMA, which is a relatively newcomer to athletics, is not within the IAAF itself and is described as not being aware that Spain has on numerous occasions attempted to stop Gibraltarian athletes from competing in international events, albeit without much success. 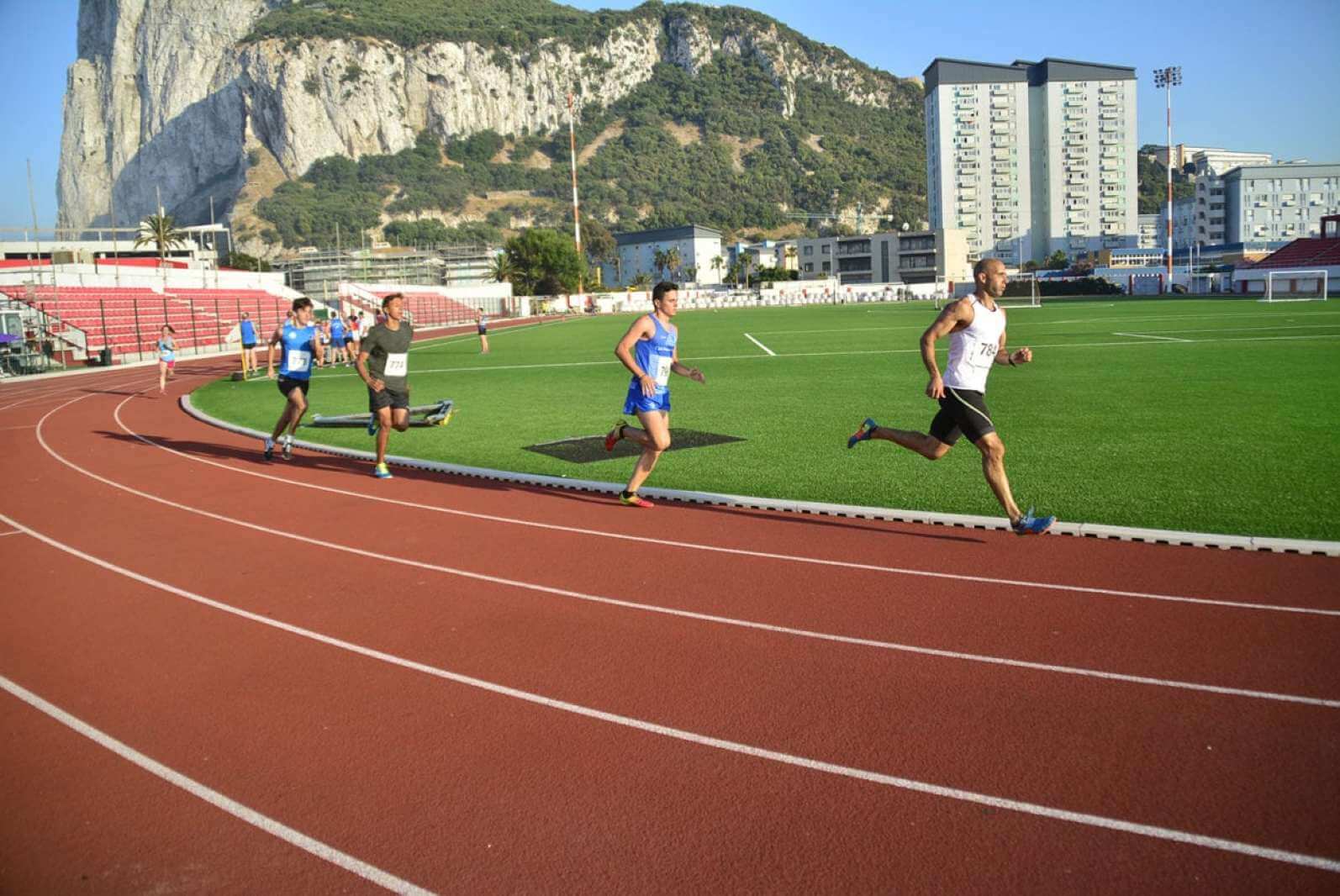 The GAAA contacted local athletes who were due to compete in the event to allow them to decide for themselves whether they wished to compete under the restrictions imposed.

Four athletes withdrew from the event, with only one athlete, Liam Byrne, confirming that he would continue to participate in the races scheduled for the weekend for which he is registered.

Yesterday Mr Byrne told the Chronicle that World Master Athletics’ fears that the competition would be cancelled were “ridiculous” and that he disagreed with the decision of the other four athletes to withdraw from the event.

“I have been through this before so obviously I am going to fight until the very end to be able to run with the Gibraltar vest,” he said.

“If it’s not possible, I will run neutral but I will definitely make it known in the stadium and on the track, in one form, shape or another, which nation I represent.”

Mr Byrne said he was aware that the GAAA was in contact with the IAAF and World Masters Athletics in a bid to have the Spanish decision overturned.

“It’s a case of waiting to see if anything can be done, but the Spanish Government have been very clever on this one, leaving it until the eleventh hour and leaving very little time for the process of appeal to go through,” he said.

The latest incident comes just months after IAAF President Sebastian Coe had to intervene when Spanish authorities tried to stop Gibraltarian athletes showing their colours during an official event in Valencia.

It also comes at a time when Mr Byrne returns to the international track as one of the master athletes representing Gibraltar.

The runner was at the centre of a similar controversy which led to wide media coverage and pressure placed on Spain when he was stopped from flying the Gibraltar flag during an international event being held in Seville in the early 1990’s.

Mr Byrne is still hoping to make his return to the international stage this Sunday, where he is due to run in the 400m and 800m 40-44 age group category.

Other competitors who have since been confirmed as withdrawing, according to the GAAA, include Maurice Turnock, who took up running at a later stage in his life and was to represent Gibraltar in the 5000m 40-44 age group; Charles Savignon, who was to compete in the same age group in the 10km road race and the half marathon; and Allison Edwards, who was scheduled to run in the 10km road race and half marathon for women in the 45-49 age group.