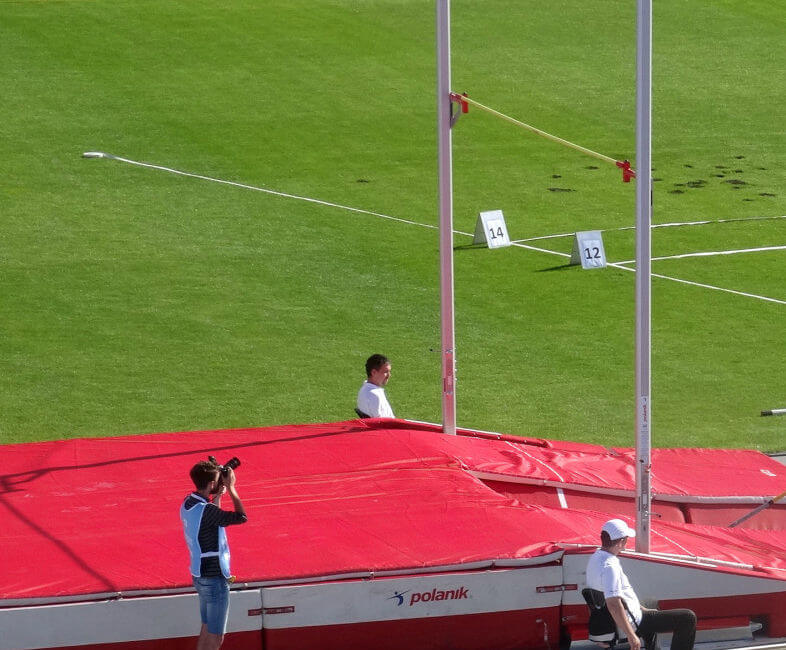 Acclaimed Vermont athlete Florence “Flo” Meiler is an international track and field sensation. She took some time from her busy schedule to chat with Digital Journal about her career as a world record holder in the pole vault (Masters Athletics).

She has five grandchildren, and two great-grandchildren. Particularly impressive about Meiler is that she began her track and field career at 60, and at the age of 65, she took on pole vaulting. In addition, she also jumps hurdles, runs, and competes in many other track and field events. She was recently featured on BBC. “I am doing pretty good for an old lady,” she said, with the sweetest laugh. “I didn’t know I had over one million looking at me.”

At age 80, Meiler set the pole vault world record for her age group (Masters Athletics), which was six feet, at the USA Track and Field Adirondack Championships that were held in June of 2014 in Albany, New York. She has 26 world records to her credit and 20 American records. She has won over 750 medals in track and field. “I broke the world record when I was 80, and now I am 84,” she said.

In the future, Meiler hopes to break more world records in the Masters Women’s Pole Vault “85 and Up” category. “I am looking forward to 85 because I am planning on breaking a lot of new records,” she said.

When asked how she got into track and field, Meiler said, “I was doing tennis with my husband for the Vermont Senior Games, and Barbara Jordan, my training partner for over 20 years came over and told me they were desperate for track athletes, and she invited me to try the long jump. I looked at her in a strange way and told her that I have never done track. She told me ‘that’s okay, you would be good at it,’ just like that. I tried the long jump and that did it. I went from the long jump to the high jump to the pole vault, to the triple jump to the discus. You name it. I do it.”

Meiler is drawn to pole vault in particular since she loves challenges. “That was really a challenge, and that’s why I like it so much,” she said. “My coach feels that pole vaulting is one of the most difficult events.”

For young and aspiring pole vaulters, Meiler encouraged them to get a coach. “I started without a coach and then I developed a lot of bad habits. After a year, I finally got myself a coach. The best thing is to get a coach, or go to a school or a college and see if you can join the group,” she said.

On the key to longevity in track and field, Meiler said, “Keeping fit is the key. If you don’t use your body and keep it in shape, you’re going to lose it. I am also inspired by my husband since he has a lot of medical problems, but he persists. He goes and does his swimming and weights, and he does the stationary bike and he keeps going.”

Regarding the impact of technology on the sport of pole vault, Meiler said, “Years ago, they used to have poles made out of steel, and those were really bad. Now, the poles are made better, and made with better material.”

Meiler defined the word success as follows: “Never in my wildest dreams did I ever think I would be doing what I am doing now. I was very fortunate to have a training partner for over 20 years, who believed in me, and we helped each other out. We were also fortunate to have a retired coach from the University of Vermont, who coached us for over 20 years. He worked us really hard, and we both set a lot of new records. Barbara was better at sprinting, and I was better in the pole vault and the hurdles.”

For her supporters, Flo Meiler concluded, “I am so elated. I can’t believe I have all these people looking at the video, and how I have influenced them to get active. It’s incredible.”