For long sprint athletes, supplementation with sodium bicarbonate is an effective way to perform better during high-intensity exercise bouts such as during the 400m. But sodium bicarbonate supplementation is full of those nasty gastrointestinal side effects, and frequent use may not be healthy. German sports scientists, associated with Ruhr-University Bochum, however have found an alternative. If athletes follow an a simple alkaline diet for four days prior to competitions, they experience up to the same improvement of athletic performance as after supplementation with bicarbonate.

Alkaline diet
No, the alkaline diet is not nonsense as can be proved. There is a very simple formula which when used allows you to calculate the potential renal acid load [PRAL] of foods. 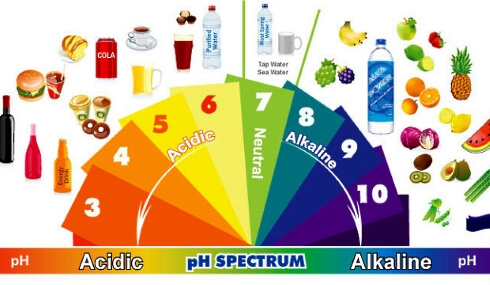 Meat, eggs, most cheese and almost all cereals have a high PRAL, potatoes, vegetables and fruit have as expected a low PRAL. An alkaline diet contains many foods with a low PRAL, and few foods with a high PRAL.

The sport science researchers experimented with 16 young athletes and volunteers with an active lifestyle. The researchers had the participants attempt to run a 400 meter sprint on 3 different occasions.

During the 4 days that preceded one of those occasion the athletes had eaten as they would at all other times to [UNMOD]. Another time the subjects sprinted after having followed an acidifying (to induce a negative repose) diet for 4 days [ACID], and yet another time the 400m sprint was preceded by a 4-day alkaline diet [BASE].

Compared with the negative acidifying diet, the alkaline diet made the participants a staggering 2.3 percent faster. That amounts to one and a half seconds.

Conclusion
“This current and present study was the first to examine the effects of a short-term induced alkalising or acidifying diet on 400-m sprint performance in moderately trained participants”, write the Germans. “Our results suggest that it is possible to improve 400-m performance by consuming alkalising (low-PRAL) natural diet foods and beverages, without the ingestion of dietary supplements like NaHCO3 or sodium citrate.”

“Additionally, we found higher results showing blood lactate but unchanged blood pH values for the alkalising trial compared with the acidifying trial. Thus, an alkalising diet is a very easy and natural way to enhance the tolerance towards exercise-induced alkalysis for athletes without the necessity of taking artificial dietary supplements.”