As the new year rapidly approaches, companies are dropping hints about their exciting new technology and designs. Based on what we’ve been shown, it promises to be an exciting year for running footwear.

With the world being dominated by Carbon infused soles such as the Nike AlphaFly, we are seeing the new New Balance too and now see below the ones coming from Saucony 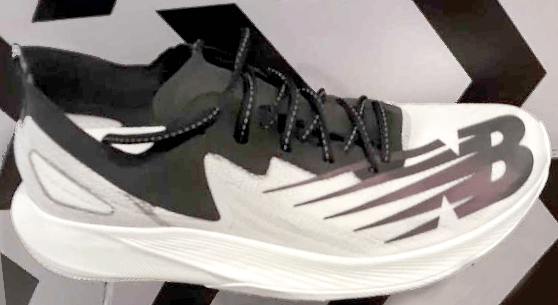 It’s taken a while, but this year we’ll actually get to run in super shoes that aren’t Nikes, shoes we’ve seen on the feet of elites like Jared Ward, Desi Linden and Edward Cheserek the last two years.

In early March, Skechers will release its long-awaited Speed Elite, a shoe that merges their remarkable HyperBurst foam with a curved, carbon-fiber-infused polymer plate. Skechers designers tell us, “we aren’t going into the plate details yet publicly,” but they say they are working to maximize the plate’s “stiffness to weight” ratio. Given how much we’ve enjoyed other Hyperburst models, we’re expecting an ultra-light, quick-turnover, energetic ride that also provides high-quality cushioning.

Brooks is even more secretive about their new Hyperion racing models, but has told us they will share all on February 1, and we’ll soon get to run in the shoes made famous by the likes of Desi and Dathan.

Saucony has released all the details about their marathon super shoe—prototypes of which have been worn by Parker Stinson in Chicago and  Jared Ward in Boston and New York (and designed with Ward’s help)—but they will make us wait until June 1 to take them out on the roads. The 7.5 ounce, $200 Endorphin Pro will have a new, PEBA-based foam they’re calling PWRRUN PB and claim to be 40% lighter than their current PWRRUN, with 88% more energy return. The shoes will also, of course, have a full-length, S-curved carbon plate embedded in the 8mm drop midsole.

We got to try on a pair and walk around in them at The Running Event conference earlier this month, and the main impression was one of falling forward as soon as our toes engaged the curved plate; It is clear these are going to be fast-rolling racers. Also from Saucony, for $40 less, The Endorphin Speed will have the same foam and geometry, but instead of carbon, a plate made of TPU, not quite as stiff and weighing .3 ounces more.

When Salomon’s Predict debuted last year, the design was rather revolutionary. Deep grooves on both the outside and inside of the shoe echoed the major joints of the foot, creating 10 “platforms” that adapted independently, cushioning and supporting when needed as forces change throughout the stride—just as the foot does. The result was a shoe that enabled stability not by blocking and controlling but by reducing the torques that stem from the geometry of the shoe itself and the distance it creates from the ground. Unfortunately, the foam in the original was stiff and deadening, so while the shoes felt supportive and smooth, the ride felt slow and tied to the ground.

The Predict 2 keeps the same anatomically-decoupled geometry, but replaces the foam with a new TPU-based foam that promises to have all the durability and rebound of PU foams, without the weight. We’re betting the new 9-ounce model will, as promised, have all the unique, foot-freeing stability properties of the original, but with a lively ride that bounces down the road rather than clinging to it. We’ll get to find out in late-summer 2020.

Under Armour’s shoes have evolved significantly in the past couple of years, and they continue to innovate in design and technology. We’re curious about the new real-time form coaching coming in their next generation of “connected” shoes, but even more excited about the midsole of the Machina, which takes the HOVR foam out of its previous EVA “cage” and sets it free to provide its highly-responsive ride for the full-length of the stride. We’ll be able to tell you more mid-January, and you’ll get to run in them starting February 7.

Back in the 1990s you’d as likely see a pair of Asics on the feet of a serious runner than any other shoe. They were the cool brand who innovated and set the rules others followed. Fast-forward 20 years and most of their models have a 20-something after the name, and the shoes are only slightly refined from the original namesake. Which is why it is refreshing to see what Asics is dangling in front of us in 2020—shoes that look and ride like they were designed in this century. Case in point, the new Nimbus Lite. Traditionalist can still buy the Nimbus 22 with exposed gel pads and conventional-looking uppers, but the brand is also using the well-known name on this model with a one-piece, neutral slab of eco-based FlyteFoam underfoot and a sweet-looking 60% recycled-material micro-mesh upper. Plus, it is 2 ounces lighter than its namesake sibling. We’re anxious to feel how they ride when they debut in February.