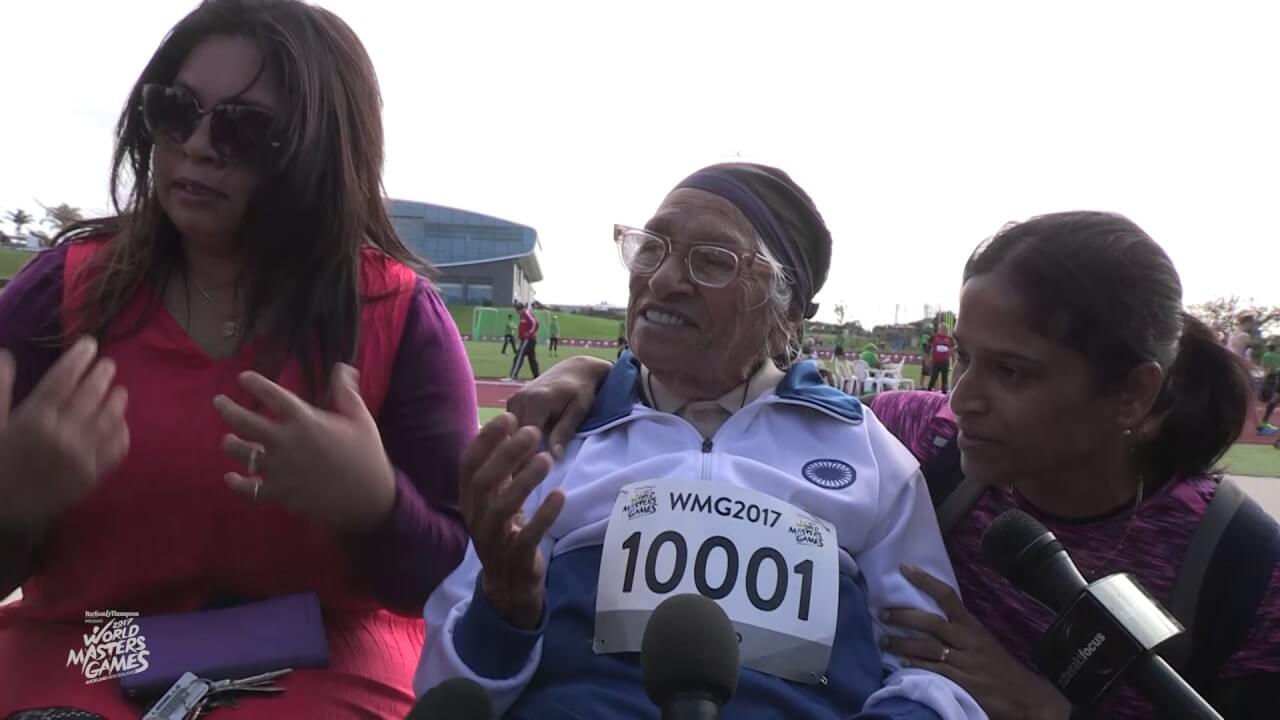 102-year-old Indian athlete Man Kaur will take part in the Vaisakhi 5K Run 2018 at Victory Field in Woodhaven, NY, on Sunday, April 29, according to a press release.

Now in its fifth year, the Vaisakhi 5K Run is a community gathering to celebrate fitness, sport, and the spirit of Chardi Kala, marking the festival of Vaisakhi every spring. Previous guests of honor have included marathoner Fauja Singh and humanitarian Ravi Singh of Khalsa Aid.

A royal servant to 360 queens of the King of Patiala State in Punjab, she launched her international career by winning two gold medals at the World Masters Athletics Championships in Sacramento, setting world records in the 100m and 200m races, and earning herself the title “Athlete of the Year.” Kaur accomplished this just two years after she started participating in the India Masters Athletics in national competitions.

She also held records in the 100+ age group, including at the Americas Masters Games in Vancouver and Sky Walk in Auckland. Kaur has also won big in shot put and javelin throw.

Last year, she entered the Guinness World Record for the javelin throw in her age group. She has competed across India, US, Canada, Taiwan, and New Zealand. “She’s inspiring everyone, young and old,” Charmaine Crooks, a five-time Olympian who serves as an athlete ambassador for the Masters Games, said of Kaur.

Kaur trains every afternoon with her son, Gurdev Singh, who prepares soy milkshakes each morning. Throughout the day, they eat whole wheat chapatis, nuts, yogurt, fresh fruit juice and wheat grass juice. Kaur avoids sweets and fried food, and instead focuses on food that will fuel her body and gives her the energy to compete across the world.

During her stay in the United States, Kaur will appear on the program Aaj Da Mudda on Jus Punjabi on Friday, April 27, 2018 at 8:45PM EDT.