Back on track after 20 Years – Thanks grandson!

When Alastair Walker hung up his trainers more than 20 years ago, he thought his ­running days were over.

But he is now one of the fastest over-60s in the world after taking up his old hobby again.

The grandad of three, from Hawick, struck gold at the World Masters Athletics Championships.

And, as the retired merchandise manager prepares to line up in the 30,000-strong field at next month’s Great Scottish Run in Glasgow, he is encouraging more Scots to take up the sport.

Alastair, 63, was one of Scotland’s best endurance runners in the ’70s and ’80s, competing in road and cross-country categories at international level.

“Rugby was my first passion,” he said. “However, after a few injuries, I discovered running in my early-20s and was instantly hooked.

“I took it quite seriously. For nearly 20 years I ran every day and travelled the UK to take part in 10ks, half-marathons and marathons.”

But, at the age of 38, dad-of-three Alastair decided to turn his back on athletics.

“I’d been doing it for so long and training every day that I just got bored of it,” said Alastair.

“I didn’t run another step after that. In fact, I didn’t really do any fitness at all.

“Until I put on a stone and a half. Then I realised I had to do something.

“One of my sons, Greg, has always been a keen runner and tried to encourage me to dig the trainers out again.

“But it was seeing my grandson Alfie, eight, doing so well with the local running club that really brought my running mojo back and motivated me to give it a go again.

“And I’m so glad I did. At the grand old age of 58, I laced up my trainers and haven’t looked back. It’s given me a new lease of life and I’ve bounced back, good as new.”

Last year, the Borders dad, who runs at least eight miles a day, took gold in the Over-60s 10k road race at the World Masters Athletics Championships in Malaga, Spain.

Now he’s gearing up for the European Masters Athletics in Venice this week and the Great Scottish Run at the end of the month.

“I should hopefully be in good shape for Glasgow,” he said.

“And I’d encourage other people – whether 20 or 60 – to get their trainers on and make a start, even if you have 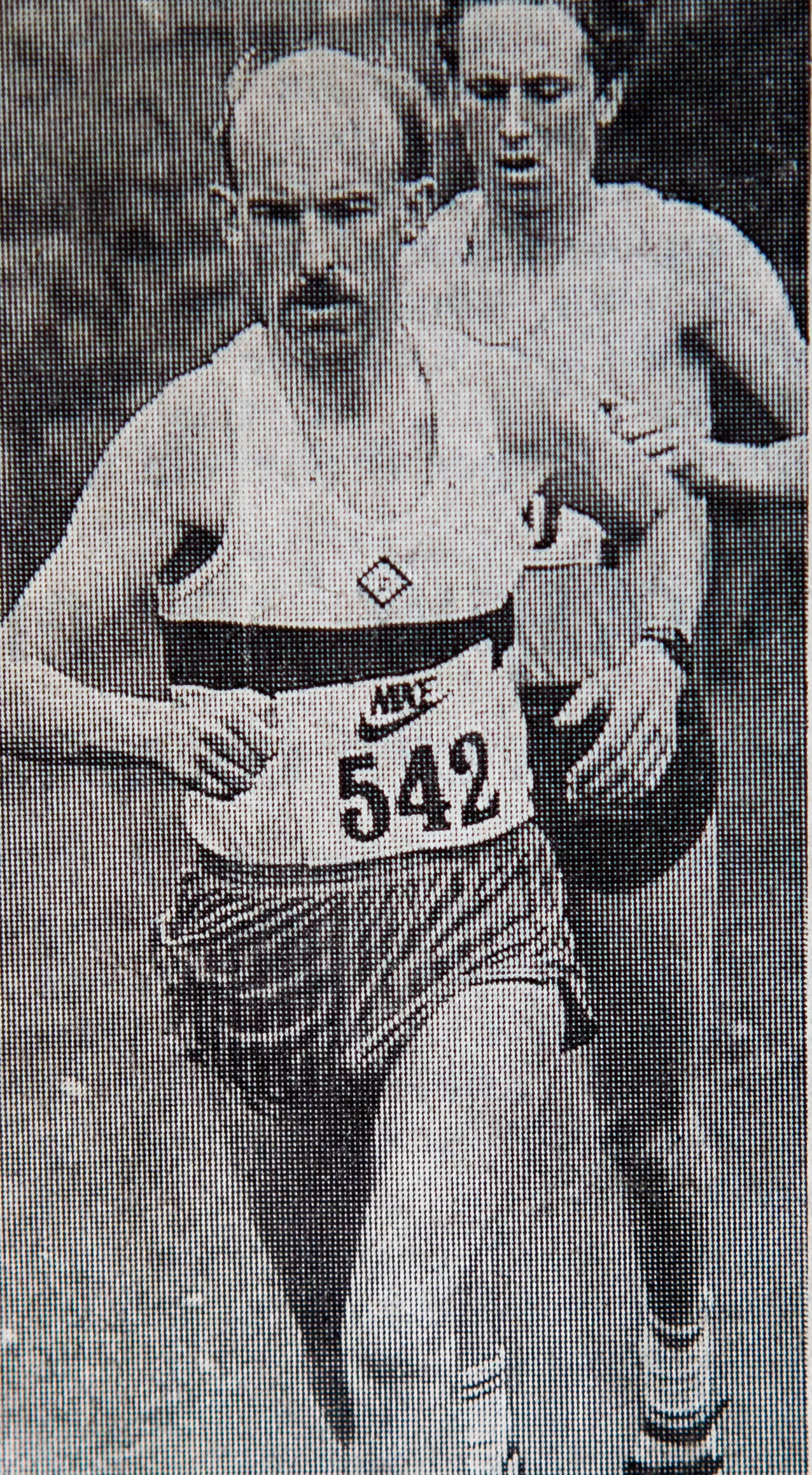 “You don’t need to be the ­fastest, just that sense of achievement of challenging ­yourself, reaching your goal and crossing the finish line is massive in itself.”

Alastair added: “It really is important to get outdoors and be fit and active, particularly if you’re over 60.

“Being fit helps fight off so many problems that people can encounter when they get older, whether mental or physical ailments.

“I really do think that anyone who sees what I’ve achieved at this stage of my life will be motivated.

“My grandson told his coach his grandpa is a running world champ and that makes me so proud.

“It’s lovely to think both he and his dad are following in my footsteps – and that even as an old grandpa I can still outrun them…well, sometimes!”