Florence Wasike is undoubtedly a household name in Kenyan athletics when it comes to sprints and hurdles.

The Kenya Prisons officer competes effectively in both the 100m and 400m hurdles races and feels equally at home managing the heptathlon.

Wasike rightfully boasts of a collection of medals she scooped during the three Commonwealth Games at Melbourne, Australia (2006), New Delhi India (2010) and Glasgow, Scotland (2014).

She points out that all these events call for a lot of sacrifice coupled with a high level of discipline if one must succeed.

“I sacrificed my time because hurdles are technical events and one must devote more time in training in order to achieve goals,” she said.

Wasike was a finalist in the 400m race at the 2006 Commonwealth Games in Melbourne, Australia. It was also in the  same year that she won bronze in the 4x400m relays, running alongside Elizabeth Muthuka, Josephine Nyarunda and Anent Mwanzi. She finished fourth  during the Africa Senior Athletics Championships in Mauritius.

The Sirakaru Secondary School alumnus, Wasike featured prominently for the school’s football team under the guidance of her late teacher Philip Mukui. There, she remained focused despite her challenges and her determination eventually led to her success.

In 2007, she finished fourth in the 400m hurdles during the All Africa Games in Algiers, Algeria with a personal best time of 57.30 seconds. She won silver in the combined events in 4x400m relays while competing alongside Joyce Zakari and Pamela Jelimo at Senior Africa Athletics Championship in Addis Ababa, Ethiopia.

Following her exploits in the hurdles, she was sponsored by Athletics Kenya to train in Mauritius at the High Performance Training Centre for the heptathlon, where she registered good results in 2010.

The same year, she broke the national record in 100m hurdles in a personal best time of 14.21 seconds during the Senior Africa athletics Championships at Nyayo Stadium in Nairobi. 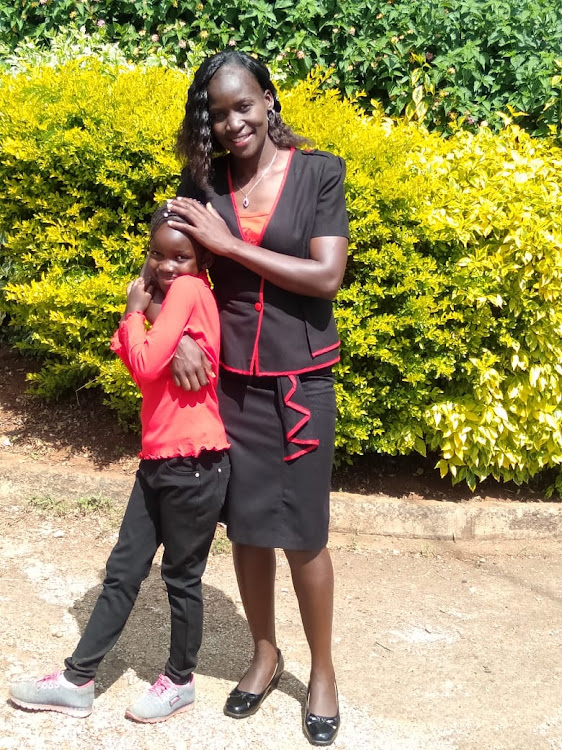 Later, she qualified for Commonwealth Games in New Delhi, India and finished fourth in the 400m hurdles before achieving the same position in 4x400m relays.

In 2014, she returned from maternity leave and qualified for her third Commonwealth Games in Glasgow, Scotland where she was a finalist in both 400m hurdles and 4x400m relays.

She then participated in the Senior Africa Athletics Championships in Marrakech, Morocco where she was a finalist in 400m hurdles and 4x400m relays, before graduating from Seniors to Masters.

Wasike believes Kenya has the potential to win medals at the international level if athletes can be serious and focused in whatever they do.

“I know Kenya can be the greatest nation in sprints and hurdles if athletes get serious in training and adhere to the technicalities involved in the sport,” she said.

Apart from her dominance on track, Wasike holds a degree in Sports Science from Kenyatta University and is a fully trained first aider from St. John’s Ambulance, Kenya.

In 2018, she competed in her first World Masters Athletics Championships in Malaga, Spain, winning gold in 4x400m relay while competing alongside Muthuka, Georgina Mbinya and Nelly Jepkoskei.

“It was the best experience competing at this level. I thank God for giving me this opportunity to shine on track,”she noted.

In 2019, she captained the Kenyan team for the Africa Masters Championships in Tunisia, where she won four gold medals for the country. She started with a win in 100m hurdles, 400m hurdles, 4x100m and 4x400m relays. In the relays, she combined efforts with Hellen Maina, Charity Wandia and Caroline Awuor in both relays.

She says coronavirus pandemic has posed a big challenge for the masters’ team as they were preparing to defend their 4x400m title at the World masters’ athletics Championships in Toronto, Canada.

“As team Kenya, we were well prepared to defend our title but we had no choice since the pandemic has hit the sporting world. But that has not killed the spirit. We will have another chance to defend the title,” said Wasike with the championships having been initially set for July 2020. 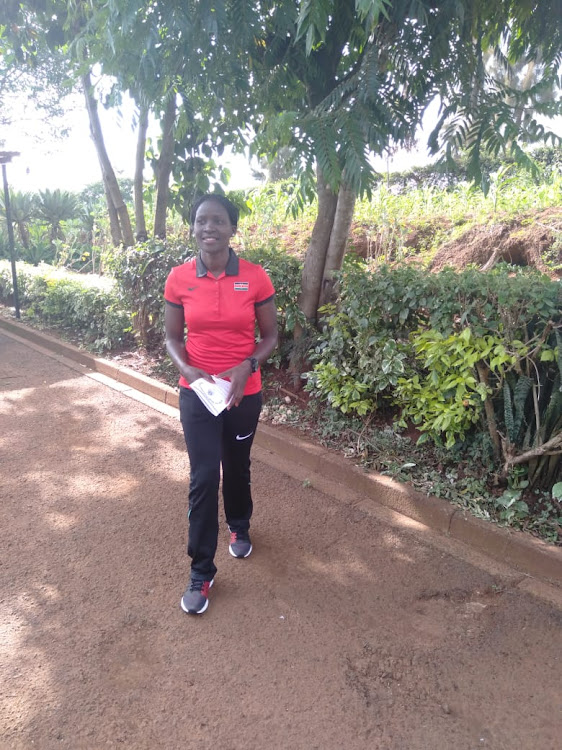 Apart from seeing her on track, Wasike takes part in various activities when duty calls. She participated in the 2020 prison passing out parade for recruits at Prison Staff Training College (PSTC) in her capacity as a commander. President Uhuru Kenyatta attended the event as guest of honour.

“This was a parade with history, marching with a mask on as well as social distance. Through that, we managed to host a successful event,” she explained.

Wasike said that listening to every person that supports you in that game is the beginning of success. People who support you like family, coaches, officials as well as the media. “Media promotes sports. They play a critical role in ensuring that the world knows what is happening. For one to succeed, you need to talk less and listen more. My advice to upcoming athletes who have passion for the event, commitment is key; you need to set goals that are measurable and with a time line for you to achieve them,” she added.

She is, however, optimistic that Kenya will soon get the best hurdler of her calibre while also appreciating that the country has never experienced a dearth of runners in those particular events.

With her efforts on track now headed for masters, she looks upon Rose Tata, the pioneer hurdler and her role model in the event.

Born in 1960, Tata specialised in 400m hurdles as well as 800m. She competed at Commonwealth and Olympic Games as well as the Africa Games.

Tata was a member of Team Kenya in 1974 and 1978 for the Commonwealth Games, competing in 800m and 4x400m before winning three medals at the Africa championships. She won silver in 400m hurdles and 800m before adding bronze in 400m four years later.

She made history as the only Kenyan at the world championships in Helsinki, competing in 400m and went ahead to win silver at the All Africa Games in 1987 in 400m hurdles.

Another hurdler is Jelagat who has competed in various championships across the world, ranging from Olympic and Commonwealth Games as well as World Championships. The Elgeyo Marakwet-born runner won bronze in 400m hurdles and silver in 4x400m relays at the 2010 Africa Championships, finishing 4th at the 2011 All Africa Games. But focus will be on Kerubo, the new kid who has won first gold for Kenya at the 2019 All Africa Games title.

“If the young girl is given a good training programme, she will be in another class of hurdlers in this country to conquer the world. She is good in her timing and I hope she will enjoy competing across the world, flying Kenyan flag high,” added Wasike.